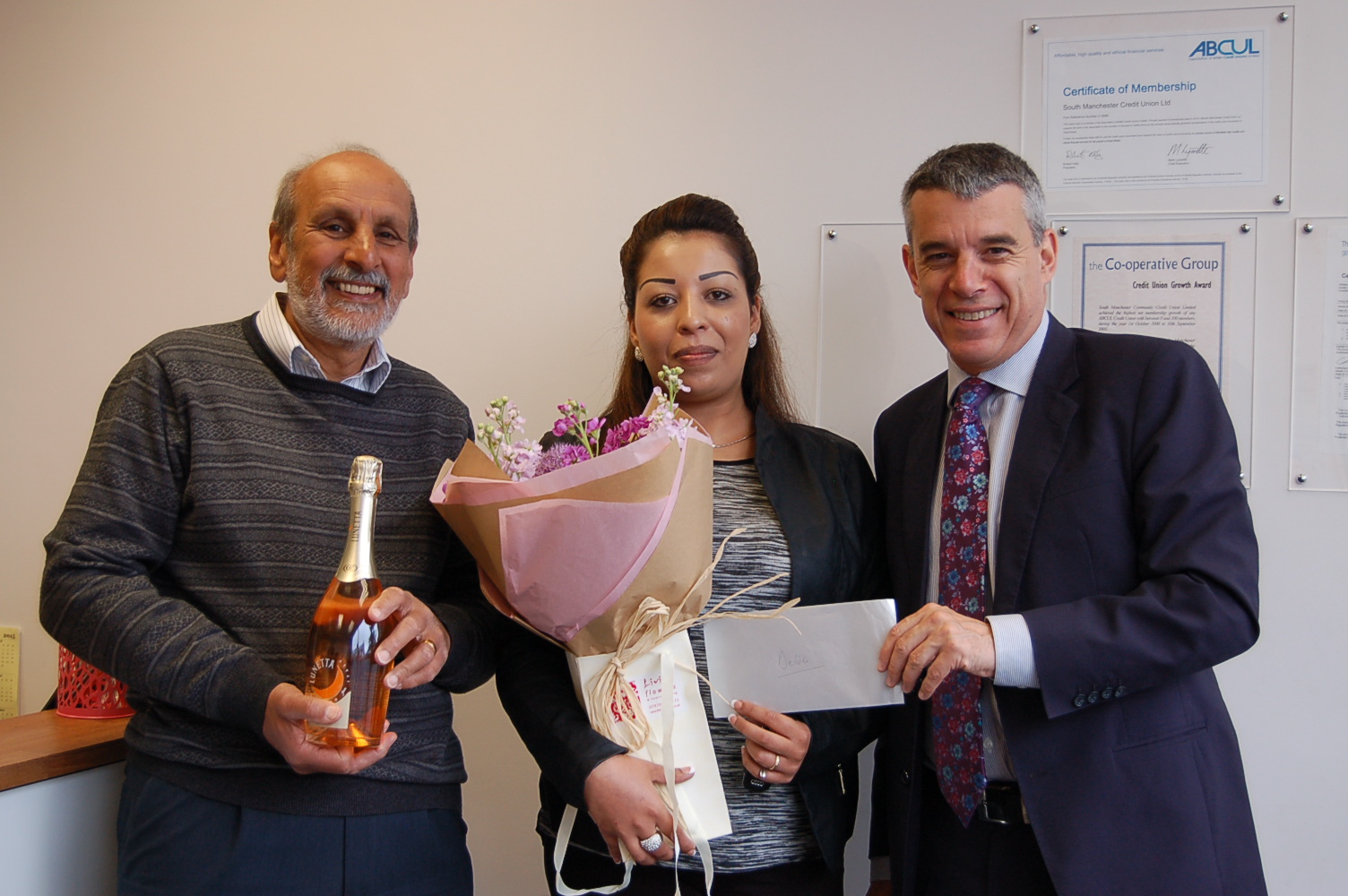 Jeff Smith has helped to celebrate South Manchester Credit Union passing a landmark £10 million in loans to its members.

Jeff joined Delisha – who received the loan which took the credit union past its £10 million mark – and  Jeff Seneviratne from the South Manchester Credit Union (pictured) to celebrate this achievement.

Credit unions are financial co-operatives owned and controlled by their members. Each credit union has a common bond which determines who can become a member of the credit union. The common bond may be for people living or working in the same area, people working for the same employer or people who belong to the same association, such as a church or trade union.

Jeff Smith said: “I was delighted to join Jeff and Delisha to celebrate South Manchester Credit Union’s achievement of lending over 10 million to its members. Credit Unions provide a way of savings ethically and provide a crucial alternative to payday lenders and legal loan sharks”.

Membership of South Manchester Credit Union is open to people who live or work in the Common Bond, which is the wards of Barlow Moor, Burnage, Chorlton, Didsbury, Fallowfield, Levenshulme, Old Moat, Rusholme, Whalley Range and Withington.