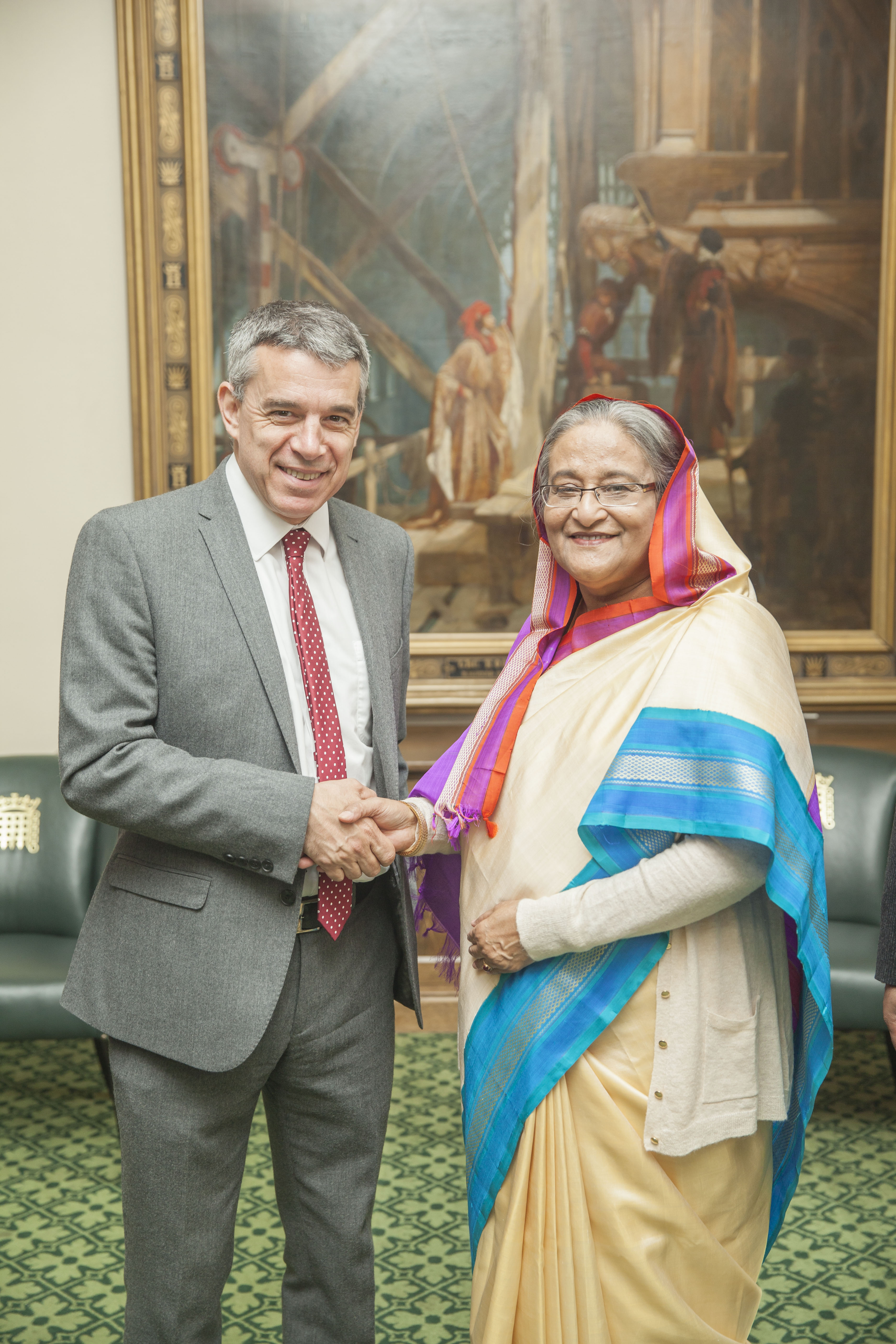 Sheikh Hasina’s political career has spanned over four decades, during which she has been both Prime Minister and opposition leader. This is her second spell as Bangladesh Prime Minister following the Awami League Party’s victory in the December 2008 elections.

Sheikh Hasina is considered one of the world’s most important women, ranking 47th on Forbes magazine’s list of the most powerful women in the world and received the UNESCO Peace Tree award for her commitment to women’s empowerment and girl’s education in 2014.

This is her first visit to the British Parliament since her niece, Tulip Siddiq, was elected as the Member of Parliament for Hampstead and Kilburn in May. She talked to MPs about issues in Bangladesh, and issues affecting the Bengali community in the UK.