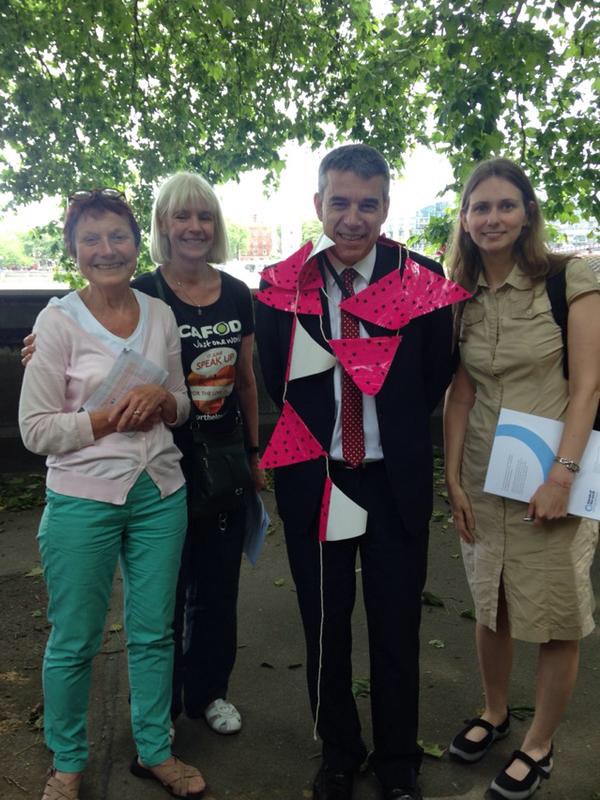 This week Jeff Smith met campaigners from a wide range of organisations fighting for action on climate change.

Ahead of the international climate negotiations in Paris at the end of the year, The Climate Coalition organised a mass lobby of Parliament so people from across the country could meet their MPs to discuss what actions should be taken to tackle climate change.

The Climate Coalition is a grouping of over a hundred organisations, comprising of over 11 million people, from across the UK who are dedicated to taking action on climate change and limiting its impact on the world’s poorest communities.

Jeff Smith said: “Climate change is the biggest global challenge of our time and it was refreshing to meet dedicated campaigners from south Manchester in Parliament this week. We must work hard at home and internationally to tackle it. Britain should be investing in low-carbon technologies and renewable energy as well as creating high-skilled green jobs; we should also be ensuring people in developing countries are able to protect themselves from the effects of climate change.”

2015 is set to be an important year for climate issues with the United Nations Climate Change Conference taking place in Paris between 30th November and 11th December. It is hoped that a legally binding and universal agreement on how to tackle climate change will be achieved.

Jeff is pictured here with a garland of messages presented to him by climate campaigners.