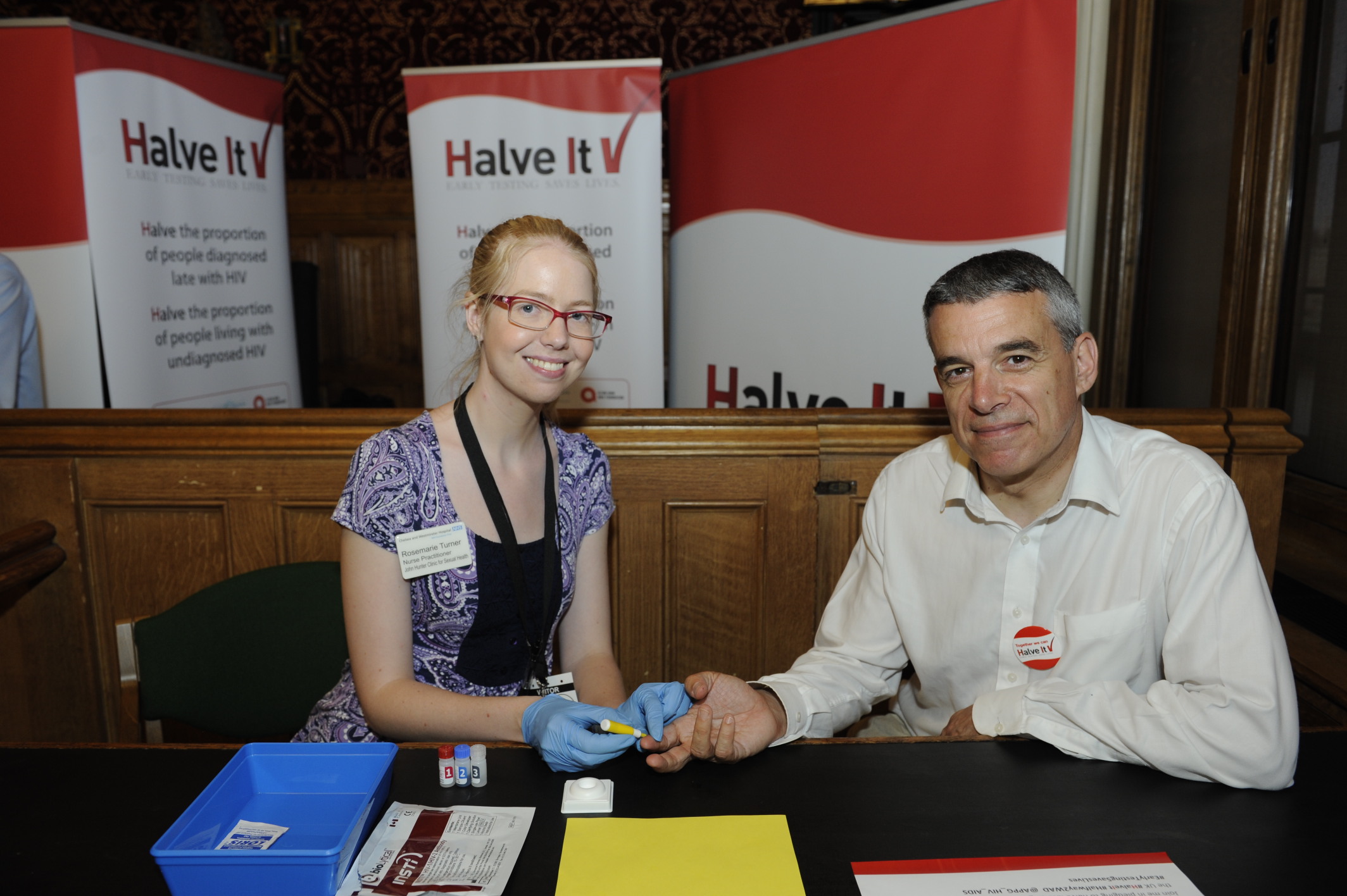 Jeff Smith MP was one of a number of MPs who attended a ‘Halfway to World AIDS day’ event hosted by the Halve It campaign.

Halve It is a national campaign that focuses on the expansion of HIV testing services, on the basis that early testing of HIV saves lives and also results in substantial savings to the public health budget. Since its inception in 2010, Halve It has galvanised national and local cross-party support for HIV testing.

This year’s event included exhibitors who are organising Halve It Local groups designed to drive implementation of HIV testing guidance in specific regions by addressing specific issues relating to late diagnosed and undiagnosed HIV in their area. During the event leading HIV clinicians and representatives of patient and policy organisations, spoke with parliamentarians about HIV testing and related sexual health issues.

Jeff Smith said: ‘HIV is a significant public health issue in this country. I am proud to show my support for the 107,800 people living with HIV today in the UK. It is inspiring to see so many local and national stakeholders working together to drive change.’

Professor Simon Barton, Consultant in Genitourinary medicine from Chelsea and Westminster Hospital, said that the event was ‘a critical opportunity for parliamentarians to commit to combatting HIV in the lifetime of this parliament. It is imperative that MPs across the country show their support for local implementation of HIV testing policy.’

In the UK an estimated 107,800 people live with HIV every day of the year; 24% of these are undiagnosed and 42% are diagnosed late. The sooner HIV is diagnosed the sooner appropriate care can begin, and thanks to medical advancements the life expectancy of someone living with HIV has increased markedly in recent years. By ensuring that HIV testing becomes routine there will be significant long-term savings; with one early HIV diagnosis saving the NHS £63,061.