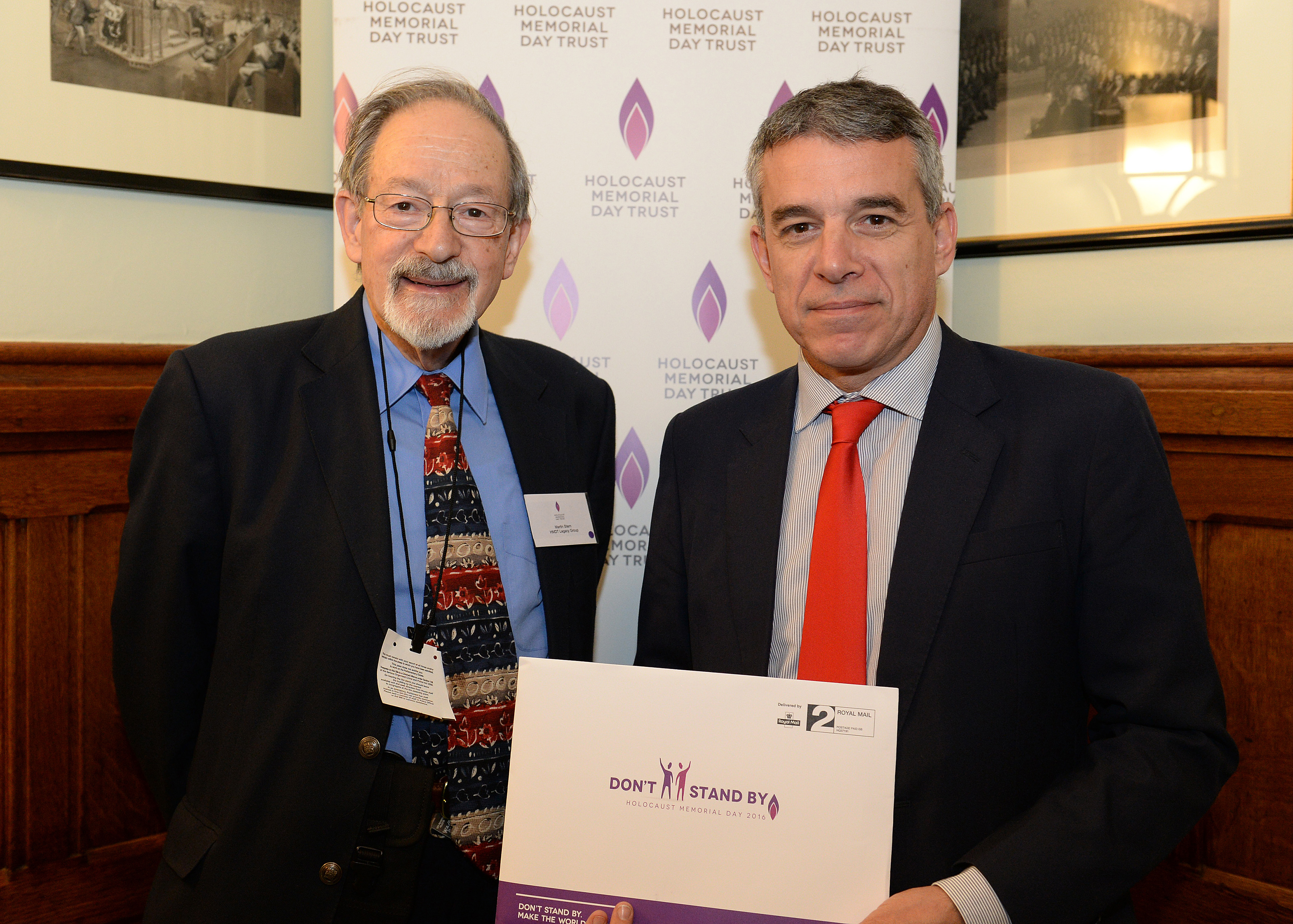 Jeff Smith MP listened to Otto Deutsch, who was rescued by the Kindertransport during the Holocaust; and Martin Stern, a Holocaust survivor; at the launch event for Holocaust Memorial Day 2016. Martin is a former resident of the Manchester Withington constituency having previously lived in Didsbury.

Holocaust Memorial Day (HMD) is commemorated each year on 27 January – the anniversary of the liberation of the Auschwitz death and concentration camp. HMD provides an opportunity for everyone to learn lessons from the Holocaust, Nazi persecution and subsequent genocides in Cambodia, Rwanda, Bosnia and Darfur. HMD asks people to apply these lessons to the present day to create a safer, better future.

The Holocaust Memorial Day Trust (HMDT) promotes and supports HMD activities in the UK. Each year HMDT selects a theme around which HMD activities can focus. The theme for 2016 is Don’t stand by.

Otto spoke about his experience of being forced to leave his native Austria at the age of ten, travelling to Great Britain as part of the Kindertransport programme. He would never again see his sister or parents who were left behind. Otto highlighted the difficulty of moving to a distant land where he didn’t speak the language but used the kindness of those who looked after him to encourage the gathered MPs and invited guests to mark the theme of HMD 2016: Don’t stand by.

Jeff met with Martin Stern (pictured), who grew up in the Netherlands under Nazi occupation and survived the camps of both Westerbork and Theresienstadt.

‘Otto and Martin’s stories are a reminder of the importance of marking Holocaust Memorial Day – a day where we remember the millions who were affected by the Holocaust and subsequent genocides. I want to encourage people in Withington to mark HMD on 27 January 2016.’

‘We were delighted that Jeff showed his support for Holocaust Memorial Day. We hope that many more people in Manchester Withington will use the free resources available through our website to organise activities for next year’s HMD – adding to the record 3,600 activities which took place for HMD 2015.’