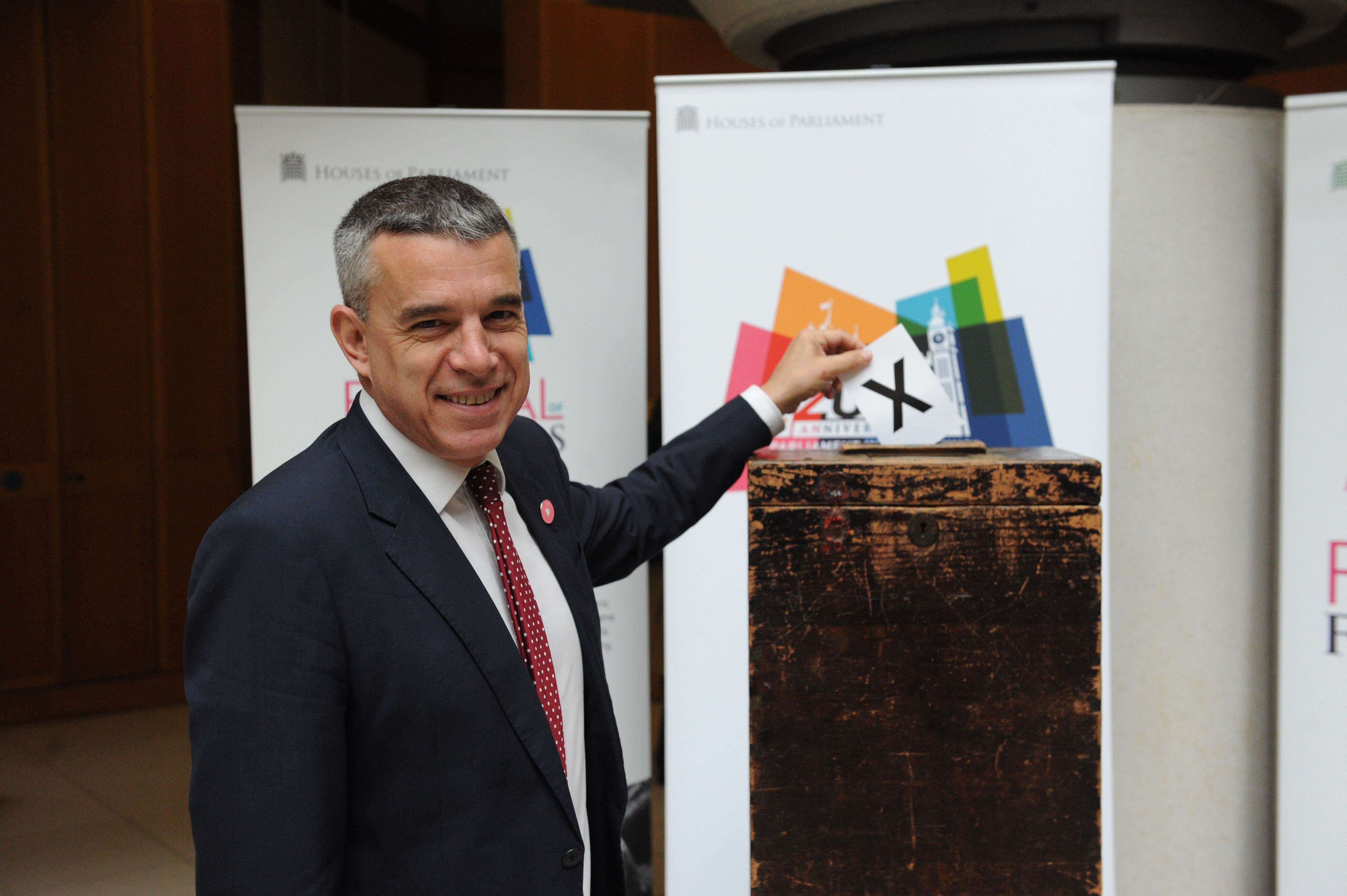 Jeff Smith, MP for Manchester Withington, viewed an original ballot box used in the first secret ballot to elect a Member of Parliament in the Houses of Parliament. The box was on display in Parliament as part of the Festival of Freedoms.

The ballot box was on loan from Pontefract Museum, Wakefield Council’s Museum Service. It was used during an historic election by-election in the town of Pontefract on 15 August 1872, was won by Liberal candidate H. C. Childers. This was the first time British people voted in secret, marking ‘X’ next to their chosen candidate. The election was marked as a remarkable event by the Times newspaper for its absence of violence and drunkenness, which, up to this point, had been the norm at all elections. This was because that this election was the first after the Ballot Act of July 1872, which made provision for voting in secret, despite fierce opposition within Parliament.

Jeff Smith said: “It was fascinating to view the original ballot box that was centre stage in the first secret ballot in Britain. The box is an important symbol of electoral reform; it received the votes cast in the first election held in secret in August 1872, which is a freedom we still hold dear today.”