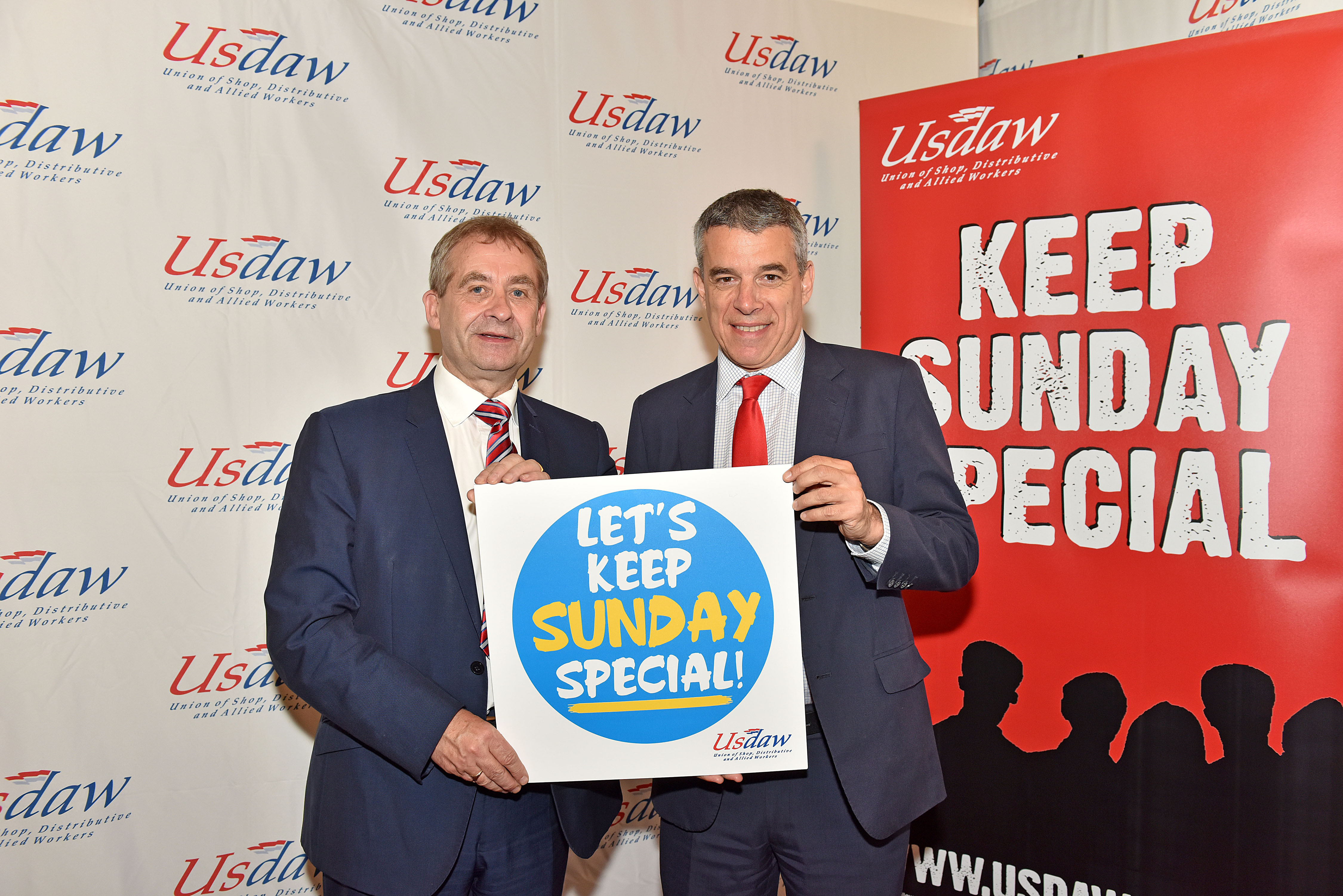 Usdaw, a trade union representing retail workers, are currently campaigning to ‘Keep Sunday Special’. Jeff Smith is fully supportive of their campaign. Usdaw members recently met with MPs to explain how extended opening in large stores will lead to even more retail staff being pressured to work longer hours on Sundays. Over 90% of shopworkers oppose any extension to Sunday trading hours.

Concerns have also been raised over the impact of changes to Sunday opening hours on local high streets. Extending Sunday trading hours could lead to superstores opening for longer and more people shopping out of town supermarkets rather than local independent stores.

Jeff Smith MP said: “The Sunday Trading Act is a great British compromise, which has worked well for over 20 years and gives everyone a little bit of what they want.

“I am convinced that shops are currently open long enough for people to do their shopping and that Sunday should remain a special day, different to any other. Extending Sunday trading does not mean customers have more money to spend, it would not create jobs and is likely to lead to the closure of smaller stores. I’m concerned about the impact this will have on our excellent independent shops like those on Burton Road in Didsbury and Beech Road in Chorlton. Extending Sunday trading would be detrimental to shopworkers and their families, as well as wider society, so I am pleased to be supporting Usdaw’s campaign.”

John Hannett – Usdaw General Secretary says: “Usdaw and our members are delighted to have the support of Jeff Smith MP and many others who value the special nature of Sunday and want to protect it.  There is no great desire from shopworkers, customers, retailers or local authorities for these changes and many oppose them. We fear that devolution of Sunday trading is a solution looking for a problem.

“It is not yet clear whether the Government will seek to introduce legislation, but if they do I hope that they will abide by their promise of a proper consultation and a full parliamentary process. That would mean publication of the consultation responses and a considered reply from the Government, demonstrating that they have listened, before the introduction of any legislation to change Sunday trading.”