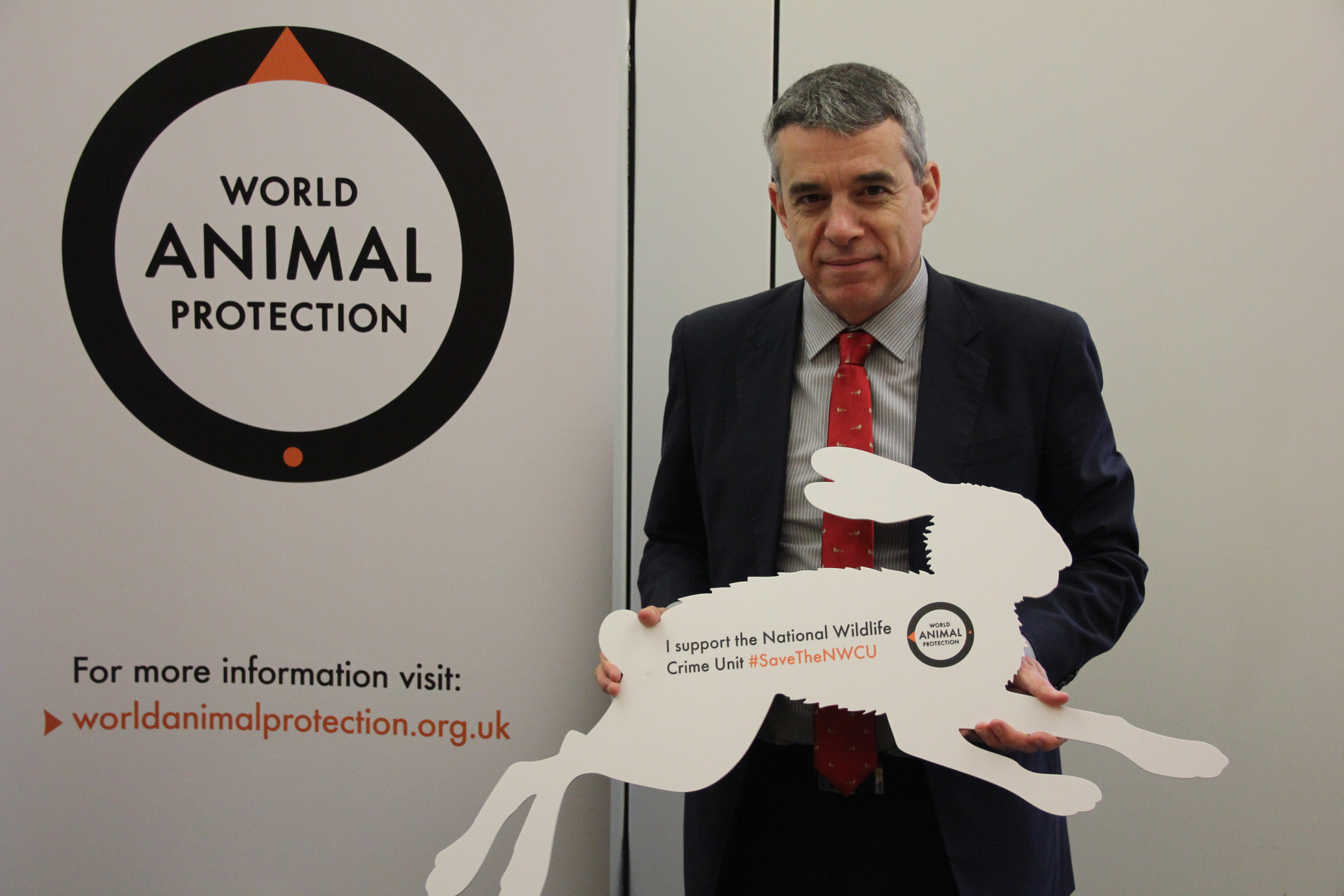 Jeff Smith, MP for Manchester Withington, was at the Houses of Parliament this week to support World Animal Protection in their campaign to save one of the world’s leading police departments – the National Wildlife Crime Unit.

The National Wildlife Crime Unit (NWCU) is dedicated to supporting wildlife crime investigations and is fundamental to providing and analysing national wildlife crime intelligence across the UK. Without them, a huge number of wildlife crime cases would not be successfully investigated or prosecuted.

In the UK our native wildlife is targeted for profit and entertainment, with animals being harmed and persecuted in devastating ways. Rare bird egg theft, illegal deer poaching, hare coursing and indiscriminate cruelty to wild animals are just some of the problems faced by wildlife crime police around the UK.

But, following the Spending Review the future of the unit is under threat. Ministers have confirmed a decision, either way, will be made by the end of January, meaning in only a matter of weeks their work could face complete collapse.

Many Ministers repeatedly use the work of the Unit to demonstrate the Government’s successful commitment to tackling wildlife crime, yet they won’t confirm that the NWCU will be saved with money from their £13 million pound budget.

Jeff Smith MP said: “I’m pleased to join the campaign to save the National Wildlife Crime Unit. I hope the Government will listen to the concerns that have been raised by organisations such as World Animal Protection and recognise the importance of funding the National Wildlife Crime Unit so that it can continue to carry out its vital work beyond 2016.”

Head of Public Affairs at World Animal Protection, Josh Kaile, said: “The Government has made much of their £13 million package to combat the illegal wildlife trade internationally. The National Wildlife Crime Unit only requires a fraction of this budget every year, with Defra and the Home Office currently paying £136k each. This continues to be a small amount to pay for such a vital unit, particularly in contrast to the millions being spent on global projects.”