Jeff Smith MP has great chemistry with scientists in Parliament 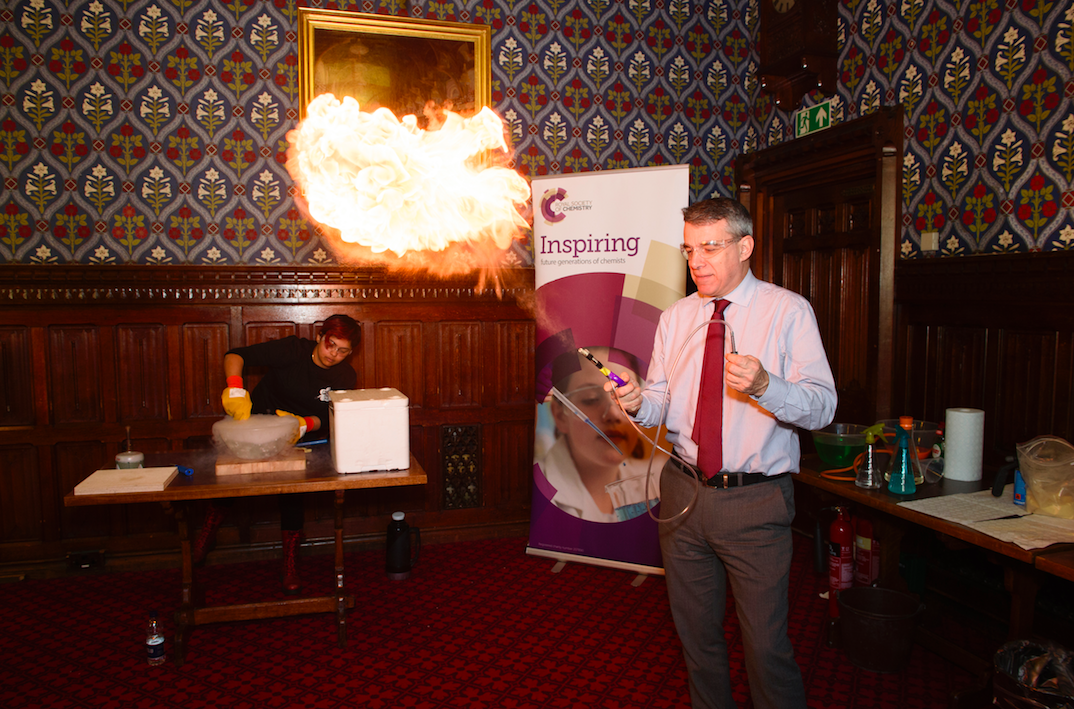 Manchester Withington MP Jeff Smith showed a passion for chemistry this week when taking part in science experiments to mark the 175th anniversary of the Royal Society of Chemistry.

At the parliamentary event on 24th February he heard about the importance of good science teaching in primary schools in Manchester Withington and took part in some loud and colourful chemistry experiments performed by children’s presenter Fran Scott and her team from Great Scott! science shows.

Jeff witnessed the whizzes and bangs of chemistry first-hand as Fran and her team created dry ice bubbles, colourful flaming salts and hammered MPs’ hands protected with non-newtonian goo. But behind the colourful chemicals and exciting explosions, the event was an opportunity to discuss the importance of excellent science teaching in primary schools.

Jeff Smith MP said: “It was great to see first-hand how exciting chemistry can be. The chemistry demonstrations were fantastic, with lots of different colours, flames and dry ice bubbles. It was also great to hear about the importance of good science teaching, and to celebrate the 175th anniversary of the Royal Society of Chemistry.”

The Royal Society of Chemistry’s Chief Executive, Robert Parker, said: “Science is an important part of a child’s primary education, and plays a key role in shaping their long term attainment, aspiration and interest in the subject. Unfortunately, in some primary schools, science is not seen as a priority, and too few teachers have a background in the subject. In our 175th anniversary year, we want to see a new emphasis from Government to make primary science inspiring, engaging and relevant”.