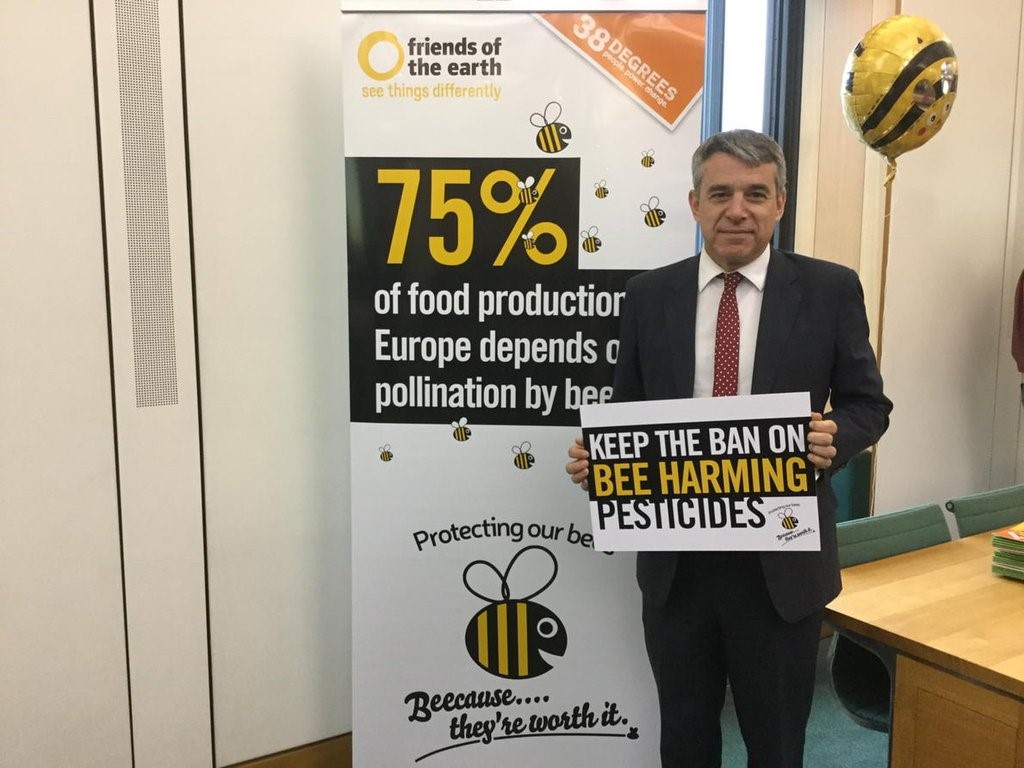 Withington MP Jeff Smith joined Friends of the Earth and 38 Degrees to call on the Government to keep the ban on bee-harming pesticides.

In recent weeks, the National Farmers Union has requested special permission to use bee-harming pesticides on oilseed rape crops.  Last year, a similar request was submitted and granted, forming a dangerous precedent and ignoring a petition signed by over half a million people.

The ‘Bee…cause you’re worth it’ campaign seeks to highlight the crucial contributions of bees to our food supply and the ramifications of the decline in the bee population.  A third of all of our food depends on the pollination of bees but we have seen a 45% decrease in the commercial bee population in the UK since 2010.

Dave Timms from Friends of the Earth said: “Allowing farmers to use banned bee-harming pesticides would be reckless and unnecessary.

Bees are essential for pollinating our crops – we can’t afford to gamble with their future. The government must keep these dangerous pesticides out of our fields.”

Jeff Smith MP said: ‘I am proud to support the campaign of Friends of the Earth and 38 Degrees to urge the Government to maintain the ban on bee-harming pesticides.

Bees are a vital part of our ecosystem.  They increase the yield of our fruit and vegetables, expand our medical knowledge and save our farmers over £1.8 billion by pollinating our crops.  The scientific evidence for their importance is overwhelming and the Government must listen to the experts and resist attempts to drop the ban.’