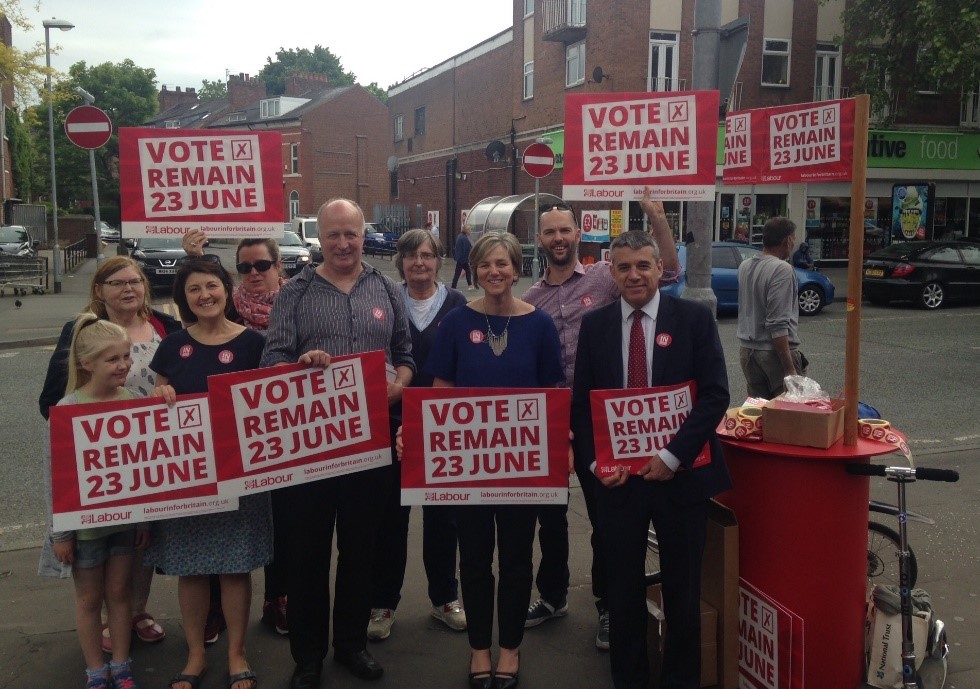 Shadow Transport Secretary Lilian Greenwood MP joined Jeff for a day of campaigning to highlight the positive case for remaining in the European Union.

On a busy afternoon in Chorlton Town Centre, Lilian, Jeff and a group of Labour Party activists talked to local residents about why remaining in the European Union was the best decision for Manchester.

They were also able to see EU support in action in Manchester while visiting the recently renovated Deansgate-Castlefield Metrolink stop with Councillor Andrew Fender. 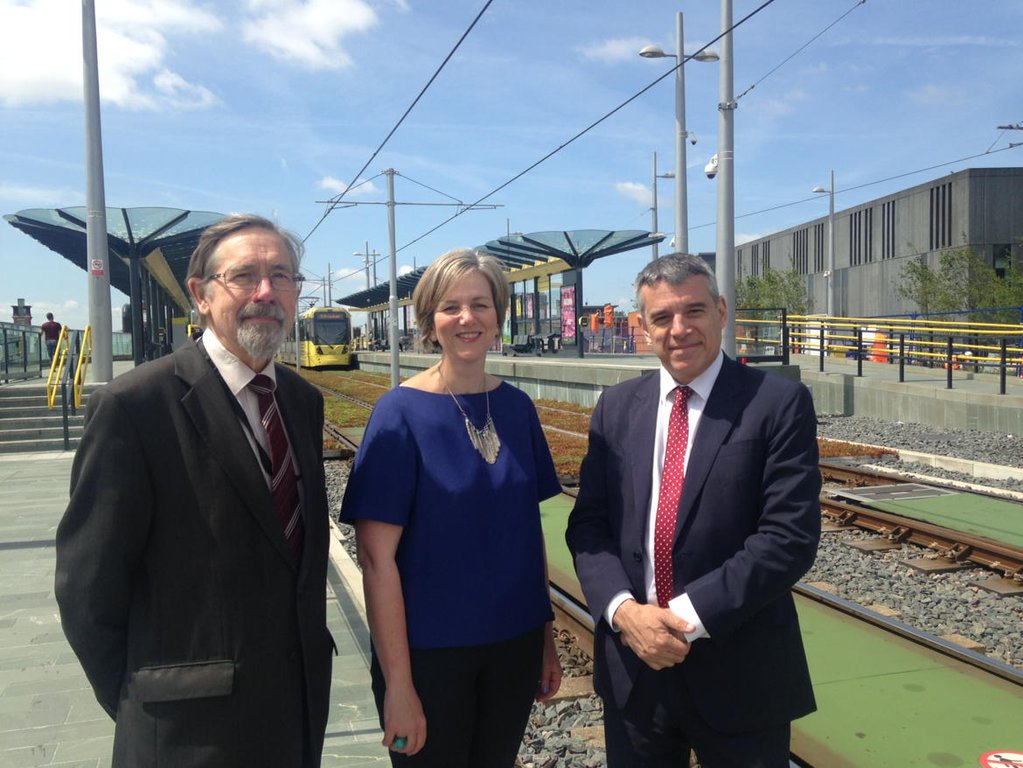 Commenting on the visit, Jeff Smith said: ‘It was great to show Lilian round Manchester to see the real benefits that our membership of the EU can bring to the North West.

It was fantastic to see so many people out campaigning on behalf of the LabourIn Campaign, and we received a very positive response from people in Chorlton.

From funding for infrastructure projects such as Metrolink, to encouraging multinational companies such as Siemens to do business in Withington, there is no doubt that the people of Manchester are better served remaining in the EU.’