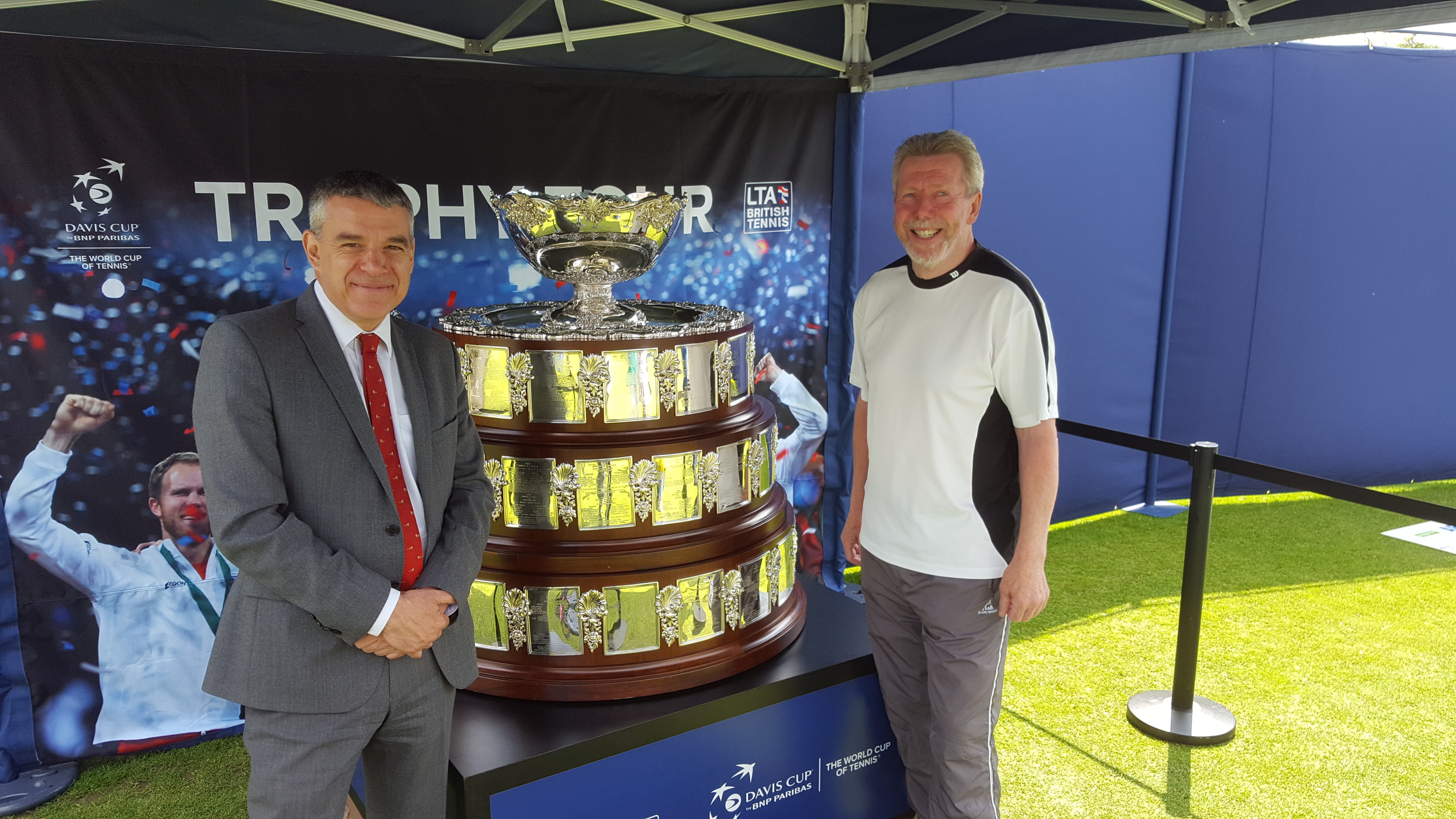 Jeff visited the Northern Lawn Tennis Club last week for a trophy presentation as part of the annual Aegon Trophy.

Every year, the Northern Lawn Tennis Club plays host to an array of talent that this year included young British hopeful Liam Broady and flamboyant American Dustin Brown who knocked Rafael Nadal out of Wimbledon last year.  The Davis Cup (pictured above), won last year by Andy Murray and the British team, was also on display at the tournament.

Jeff Smith said: ‘It’s great to be here again on a beautiful day in Didsbury for the annual Northern Lawn Tennis Club trophy.

British tennis is in fine form at the moment and it’s been fantastic to catch some of our younger talents that will make up the Davis Cup squads of the future.’