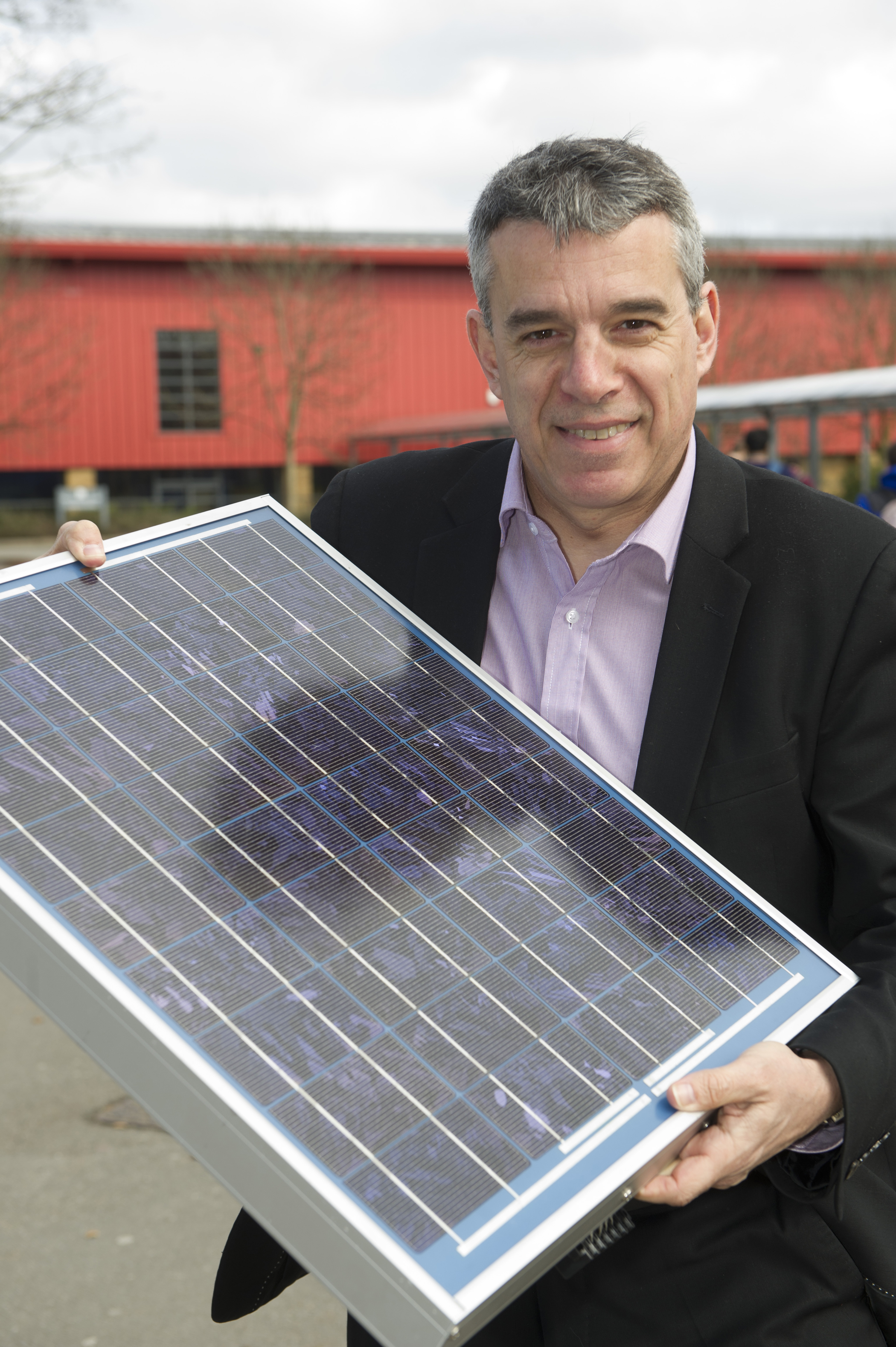 Solar Independence Day is an annual celebration of solar energy run by the Solar Trade Association. This year it is being run as a social media event where people can take photos of themselves with solar and post on social media to show their support for solar power, and local MP Jeff Smith is encouraging south Manchester residents to get involved.

Jeff is pictured at Parrs Wood High School where he supported their plans to become one of the first ‘solar schools’ in the country.

“There are currently over 800,000 homes with solar panels on their roofs and 200,000 homes with solar thermal hot water panels. The UK has achieved a lot –  with one million solar homes in total but with the Government limiting its support, the UK solar industry is going through a difficult time at the moment. With time running out to avoid dangerous climate change it’s vital we encourage home owners, housing associations and businesses to take up solar energy.

“Solar Independence Day is a great opportunity for people to come together and show their support through social media.”