Jeff Smith MP learns how to stack the odds against cancer 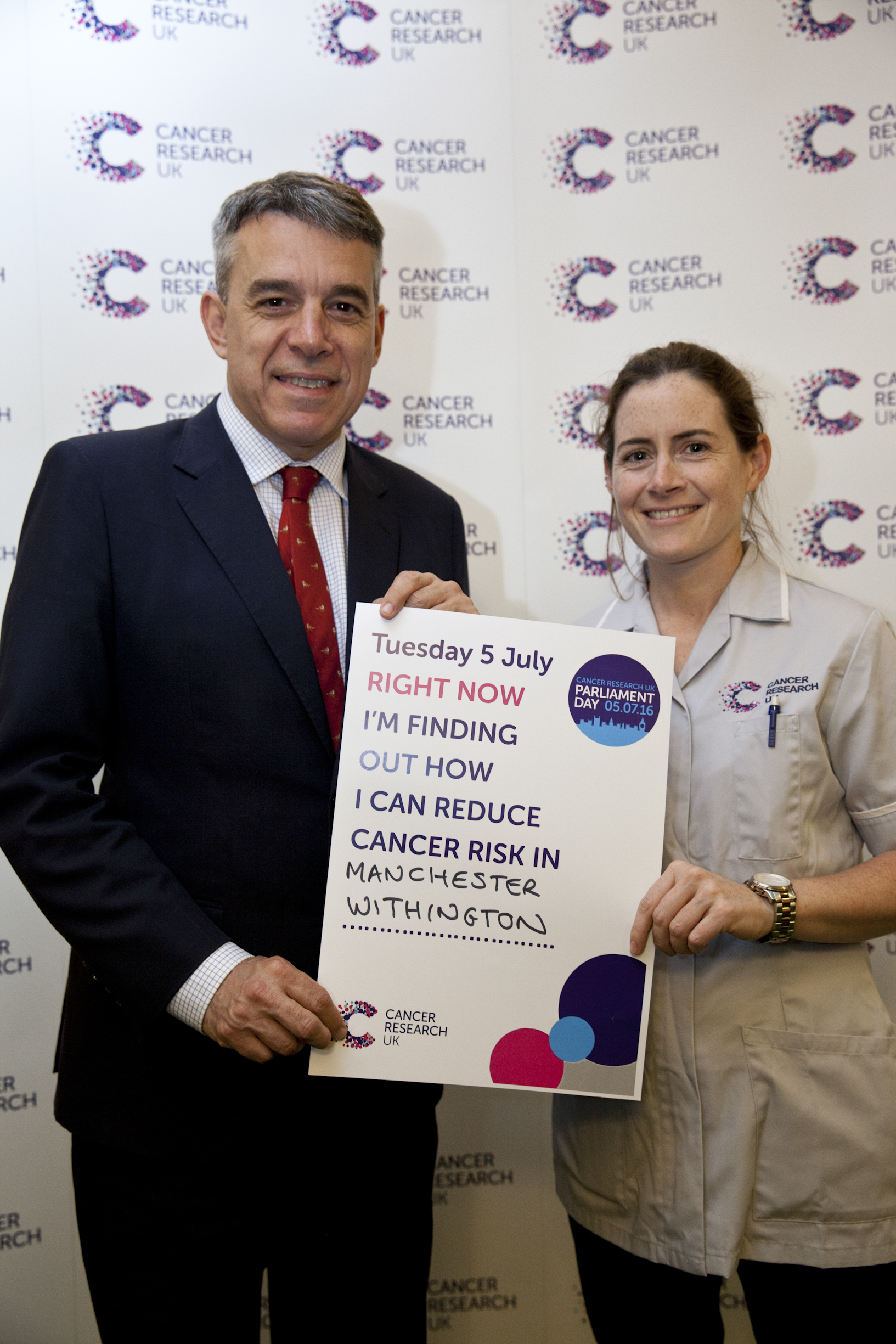 Jeff met with campaigners and nurses from the charity’s Cancer Awareness Roadshow, to find out more about their work on cancer prevention.

More than four in ten cancer cases in the UK could be prevented each year, with smoking and obesity being the biggest avoidable causes of the disease.

But while the dangers of smoking are well known, many are unaware of the link between obesity and cancer.

This is particularly concerning when 61% of people in the North West are currently overweight or obese.

Jeff Smith MP said: “I am proud to have The Christie Hospital in my constituency, the largest cancer hospital in Europe, treating over 40,000 patients each year.

While we’ve come such a long way in the fight against cancer, it’s shocking to hear that so many cases in Manchester Withington and across the region, could be prevented.

The numbers make it clear we need to act now to help people to make positive lifestyle changes, such as becoming more active and maintaining a healthy weight.

While there are no guarantees against the disease, I want to do everything I can to help my constituents and their families stack the odds in their favour and lead long and healthy lives.”

It calls for the removal of junk food adverts on TV before the 9pm watershed, to help reduce the impact of this negative influence over children’s food choices.

Alison Cox, Director of Cancer Prevention at Cancer Research UK, said: “It’s great to have Jeff Smith’s support with raising awareness of how people can reduce their risk of cancer.

“There are a lot of things working against us when it comes to making healthier choices. We’re all bombarded by advertising of junk foods packed with extra calories and this leads kids to pester their parents to buy unhealthy food for them.

“That’s why we’re calling on Government to introduce a number of measures to protect the health of the nation’s children, including removing junk food advertising on TV before the 9pm watershed.

“Obese children are more likely to be obese as adults, so it’s vital that young people are encouraged to eat healthily and keep active and that healthy choices are easy to make.”