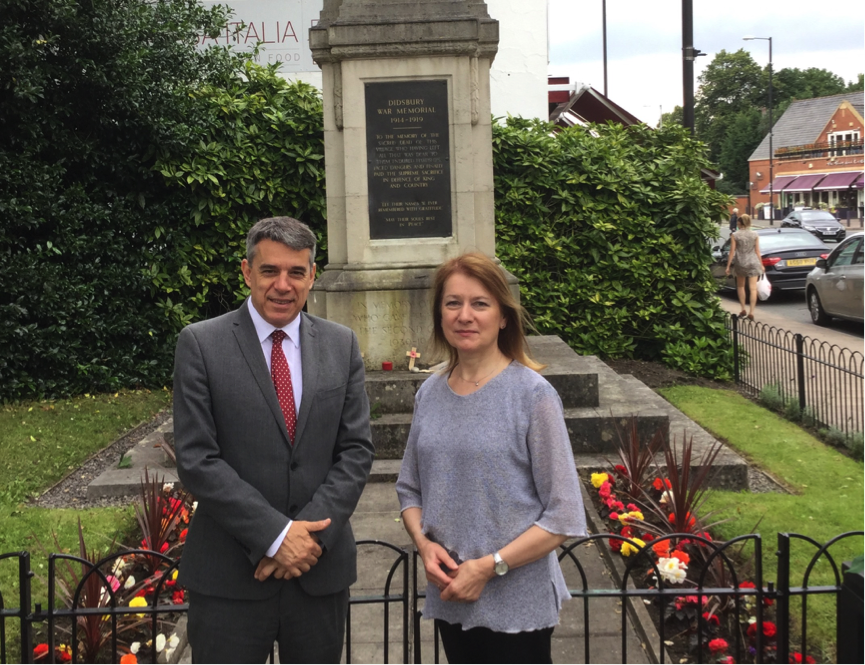 Civic Voice are calling for volunteers around the country to visit their local memorial and record its condition.   They provide a War Memorial Condition Survey Toolkit to help those interested, which includes a feedback form that can be submitted to their central records.

The aim of the campaign is to reach as many memorials as possible, and to engage local people in marking the First World War Centenary.

Commenting on the campaign, Jeff said: ‘100 years on, First World War memorials are one of the most important ways we can remember the sacrifices made by Manchester residents.

Civic Voice’s campaign to preserve war memorials is a fantastic way to engage local people with the history of their area, while also commemorating the events of a century ago.

I’m encouraging all residents to find out where their nearest memorial is and help Civic Voice to improve as many as possible.’

All the details about Civic Voice’s campaign, and how to get involved, can be found on their website.