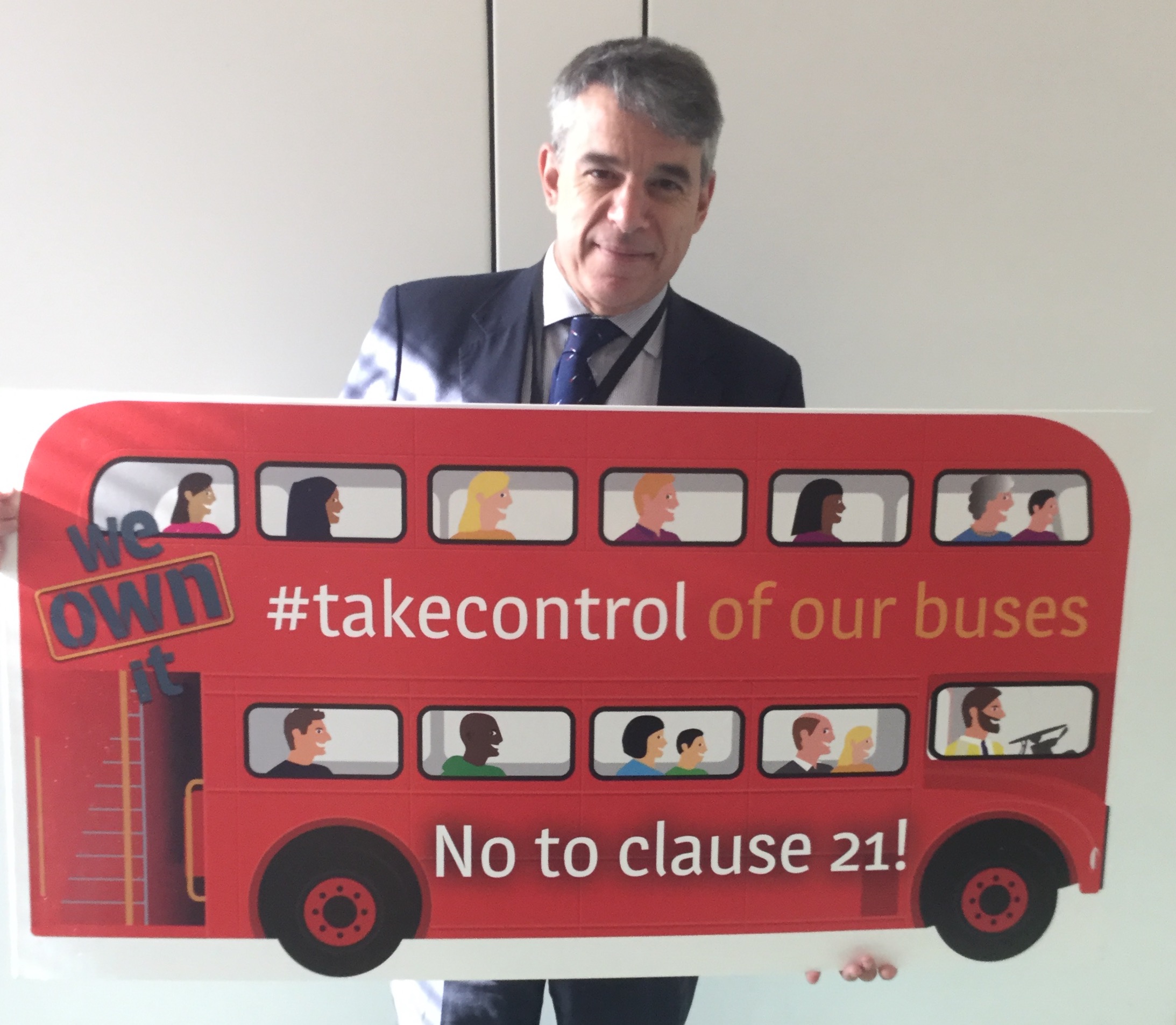 On the 30 year anniversary of bus deregulation, campaigners are calling on MPs to ‘take control of our buses’ by opposing the government ban on new public bus companies.

The government wants the Bus Services Bill currently being debated to include clause 21 which would stop English local authorities from setting up new municipal bus companies. The clause was defeated in the House of Lords but is expected to be introduced again in the Commons.

While buses are privatised in most towns and cities across the UK, there are 12 local authority-owned bus companies, for examples in Edinburgh, Nottingham and Blackpool. In 4 of the last 5 years, local authority run buses have won Bus Operator of the Year at the Bus Awards.  Municipal bus companies are common in other European countries such as Austria, France and Germany.

Jeff said: “Deregulation of the bus network has been a failure for Greater Manchester.  While Oxford Road is one of the busiest routes in Europe with many different operators, some suburban areas are left without any service at all.

The Bus Services Bill is a promising first step towards the flexible and interconnected transport system Manchester so desperately needs.  I welcome plans for London-style bus franchising powers for Manchester and across the country, but the Government must allow Local Authorities to play a leading role in designing a system to meet passenger needs.”

Cat Hobbs, Director of We Own It said: “It’s absurd that after 30 years of the failures of private bus companies, the government is ruling out new public ownership of buses.

It’s time to take control of our buses and run them for people not profit. All councils should be not just allowed but encouraged to follow the lead of the public ownership success stories in Nottingham and Reading.”

Daniel Zeichner MP, Labour’s Shadow Local Transport Minister, said: “Thanks to the damage done by deregulation, bus companies have been able to put profit above passengers for the past 30 years.

The Tories said deregulation would improve our buses but the proof has been in the pudding: rising fares, plummeting patronage and too many areas where pensioners have a bus pass but no bus. London rejected deregulation and has a much better service today.

Commercial operators can simply pull a route or service and stretched local authorities are left to pick up the pieces. With the Bus Services Bill soon to arrive in the House of Commons, Labour will be fighting to change that.”