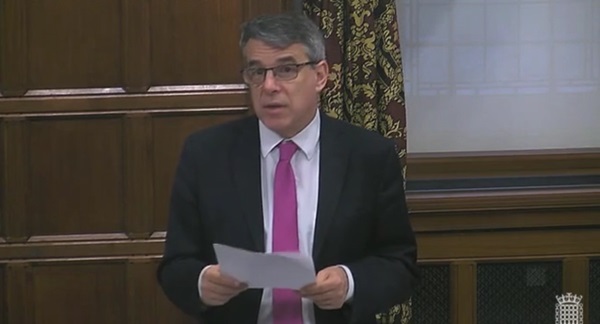 In a debate in parliament last week, Manchester Withington MP Jeff Smith urged the Government to meet the challenge of air pollution in the UK.

Poor air quality causes 40,000 premature deaths per year in the UK and has proven links with cancer, asthma, strokes and heart disease.  3,000 schools in the UK are on sites with dangerous levels of air pollution, with 1 in 4 school children in London being exposed to unsafe air.

The High Court ruled last month that the Government had failed to produce adequate plans to meet its international air quality targets.  As a result, the Government is now reconsidering its policy on air pollution, with revised plans due in the New Year.

Manchester City Council have opened a Task and Finish group into air quality in Manchester, working with Jeff and environmental campaigners, businesses and local government officials to see what steps can be taken locally to tackle the problem.

In a debate responding to the latest report on air quality from the Environment, Food and Rural Affairs Select Committee, Jeff pushed the Government to support growing Northern cities like Manchester and called for a national diesel car scrappage scheme to take older, high-emission vehicles off the road.

Speaking in the debate, Jeff said:

The Government’s approach now has to change, and working with growing urban centres like Greater Manchester will be vital to the success of any revised plans.

I’m calling on the Government to show leadership on this issue by looking again at a Clean Air Zone in Greater Manchester and a national car scrappage scheme for high-emission diesel vehicles.

I’m looking forward to working with Manchester City Council on a new inquiry into air quality in Manchester, consulting with environmental experts to find effective local solutions to go alongside the necessary changes in national policy.

After losing two cases in two years at the High Court, there is now no place to hide for the Government on air pollution.”

You can read Jeff’s speech here.