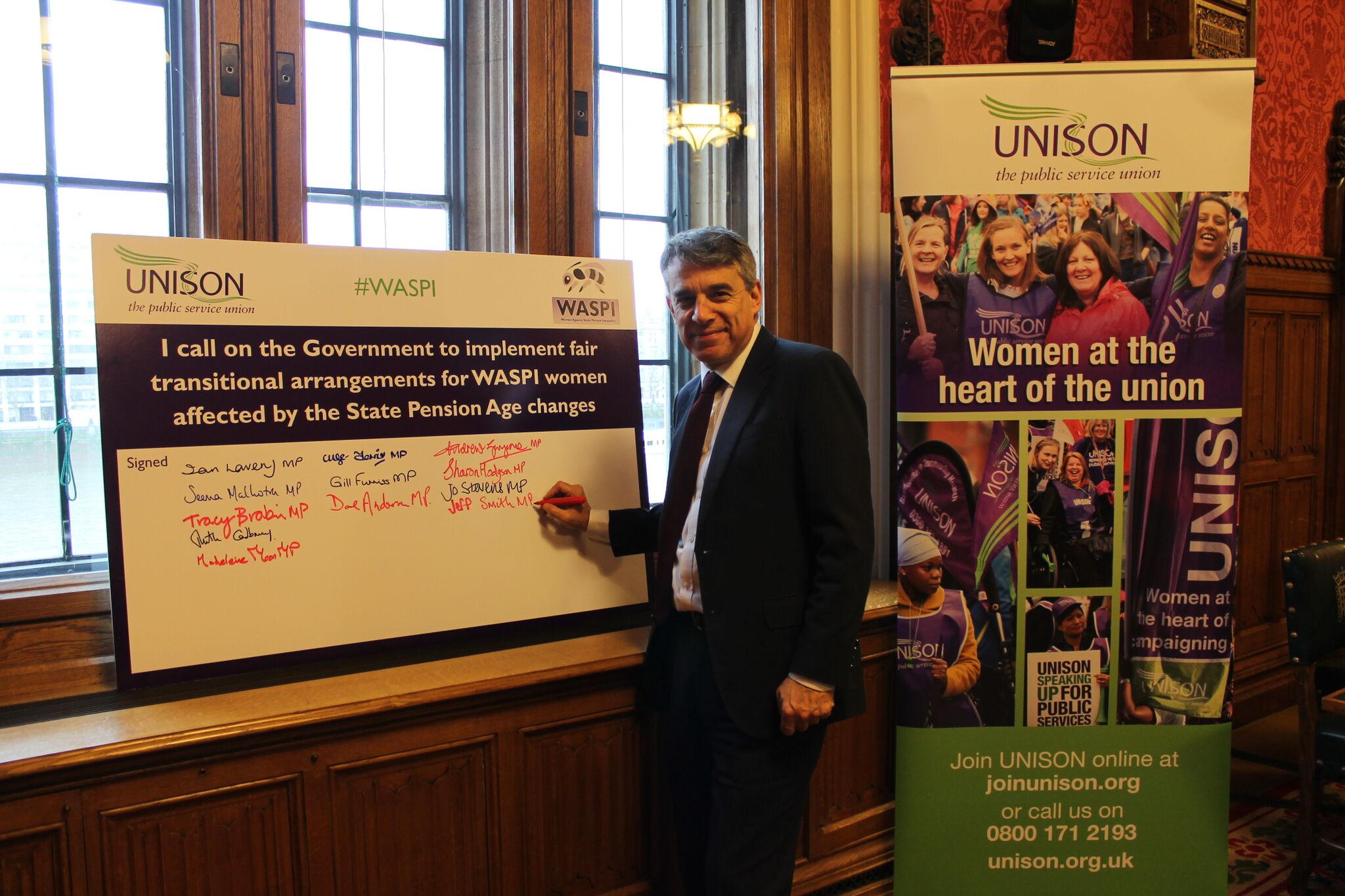 Last week Manchester Withington MP Jeff Smith joined the Women Against State Pension Inequality (WASPI) campaigners and UNISON in calling on the government to introduce transitional arrangements for all women affected by changes in the state pension age in the budget.

MPs from most political parties signed this pledge, representing the widespread concern of parliamentarians of this issue.  The campaign is fighting for compensation for women born on or after 6 April 1951 who are facing hardship in retirement as a result of the government’s changes to their state pension age.

The 1995 Pensions Act increased women’s state pension age to 65, the same as men’s. At the time, many organisations recommended that the government should ensure that the women affected were given fair notice of the changes.

These recommendations were ignored by the government and as a result hundreds of thousands of women have had no time to make alternative arrangements and their plans for retirement have been shattered.

Commenting at the event, Jeff said: “It is totally unacceptable that these women are heading for financial hardship in retirement because the government failed to communicate the changes with them effectively.

The government must reconsider their stance on this important issue and implement fair transitional State Pension arrangements so that these women get the retirement they deserve.”