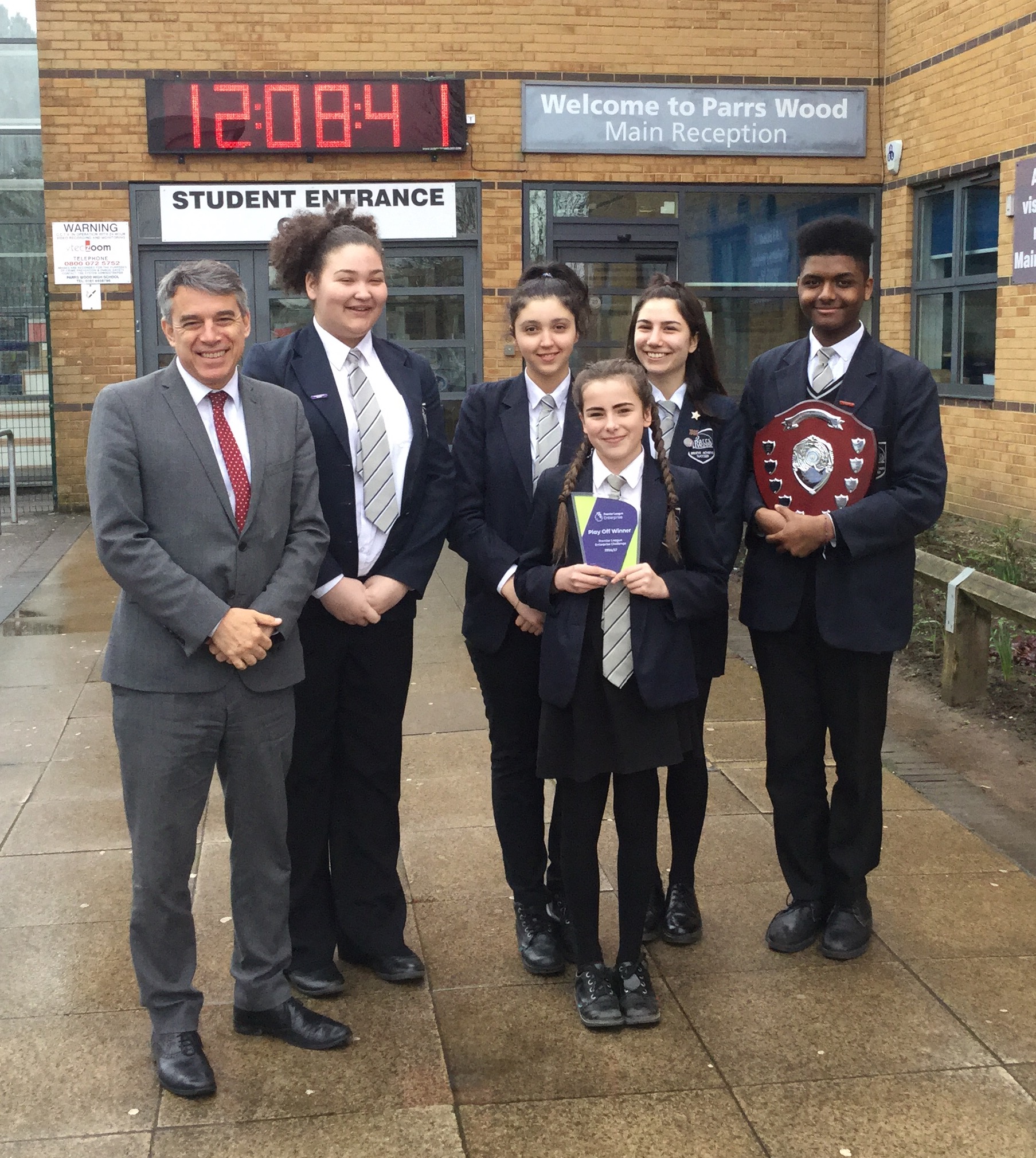 Last week, Jeff met an impressive team of young people from Parrs Wood High School in Didsbury to congratulate them on making it through to the final of the Premier League Enterprise Challenge.

The students represented Parrs Wood and Manchester City in the national competition, in which young people put together business proposals linked to football.

The students were asked to build a plan to increase both Manchester City’s international fan base and its income streams specifically from the USA. They focused on building the profile of the club in women’s football, and their plan won the local and regional play-offs of the contest.

The team represented Manchester City FC in the final that took place yesterday at the Ernst and Young Headquarters in London, when they pitched their business plan to a panel of experts, including entrepreneur and star of BBC’s Dragon’s Den, Theo Paphitis.

The students gained valuable skills in communication and teamwork, and the programme has been shown to have a positive impact on the confidence and self-esteem of participants.

Jeff said: “After competing against 100 other schools and over 600 other students, the team at Parrs Wood did a fantastic job reaching the final yesterday.

I was really impressed by their enthusiasm, communication skills and hard work. As a Manchester City fan, I look forward to seeing their business plan considered by the club!”