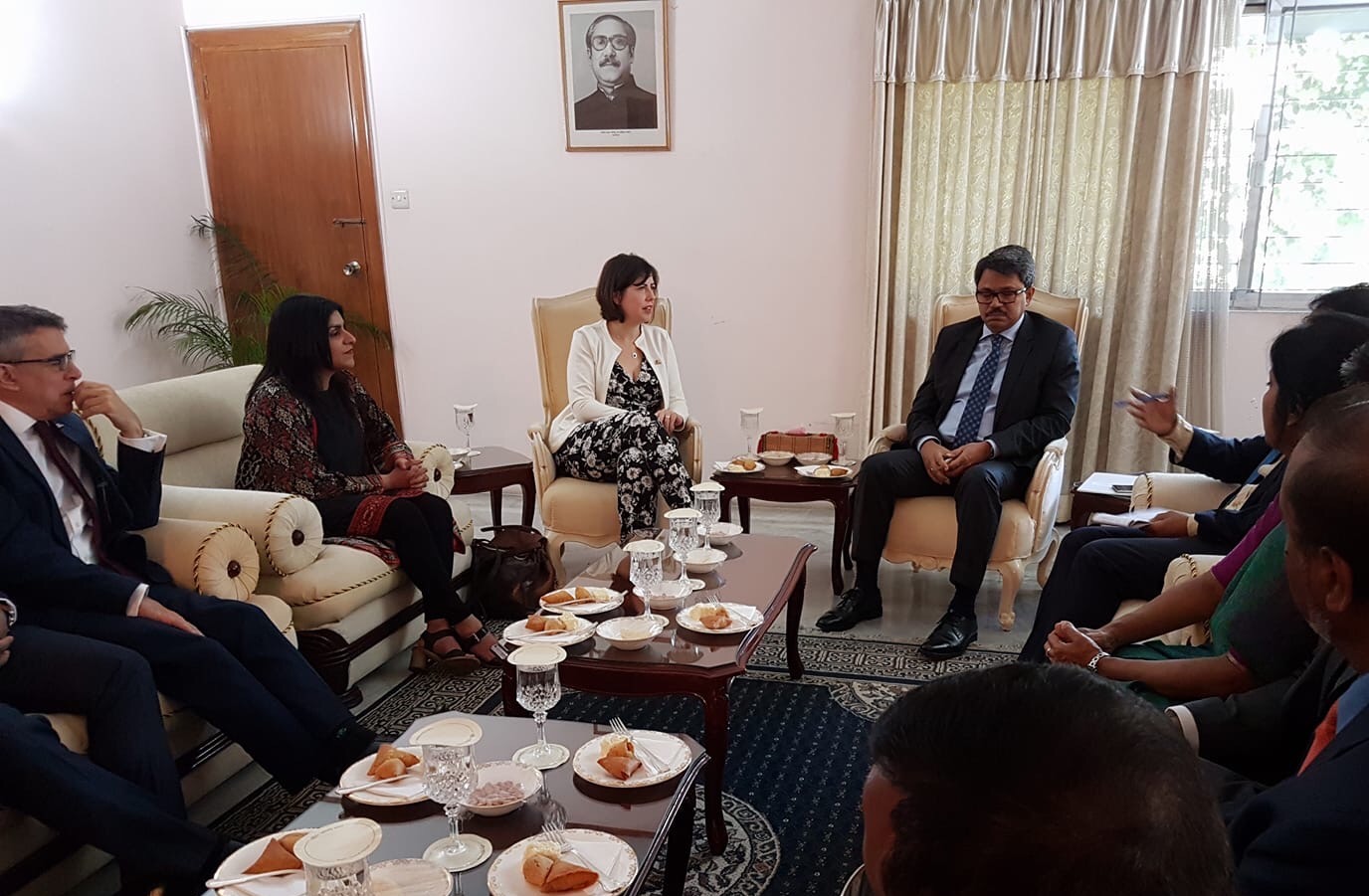 The delegation met with State Minister for Foreign Affairs, Mr Md Shahriar Alam (above), to discuss the ongoing crisis in Myanmar and the Rohingya refugees crossing the border into Bangladesh.

Over 600,000 Rohingya Muslims have entered Bangladesh over the last two months after the Myanmar authorities began an offensive that has been labelled by UN Human Rights Chief Zeid Raad al-Huseein as “textbook ethnic cleansing”. The delegation discussed efforts to bring about a political solution to the crisis and provide a safe return for Rohingya refugees to Myanmar, as well as the aid support from the UK government. 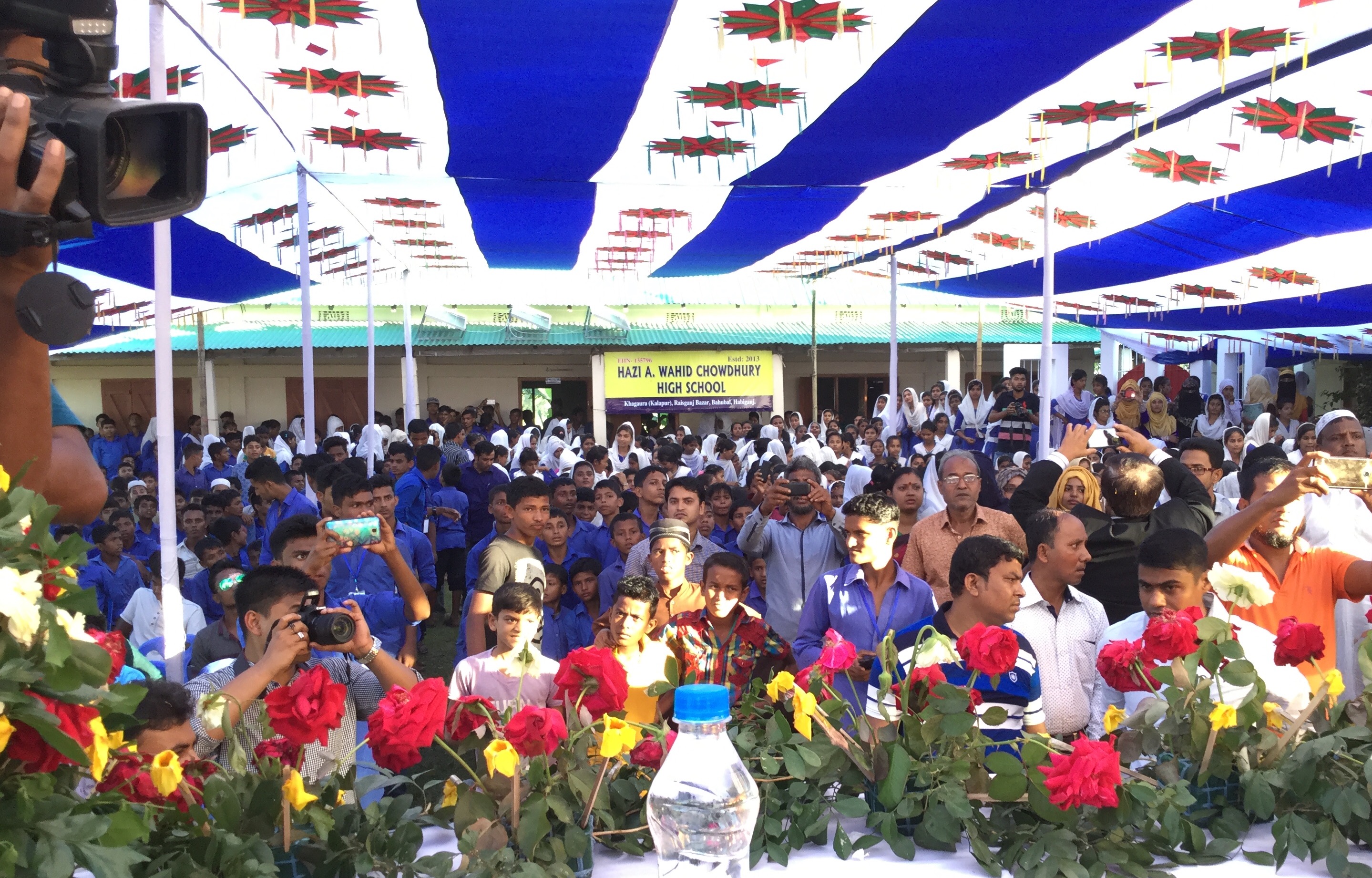 The delegation also visited schools including the Hazi Wahid Choudhary High School near Sylhet. The high school, which operates without electricity in rural Habiganj,  is supported by members of the Bangladeshi community who live in south Manchester.  The school, which was established in 2013 to provide the only high school in the region, now has over 600 pupils. 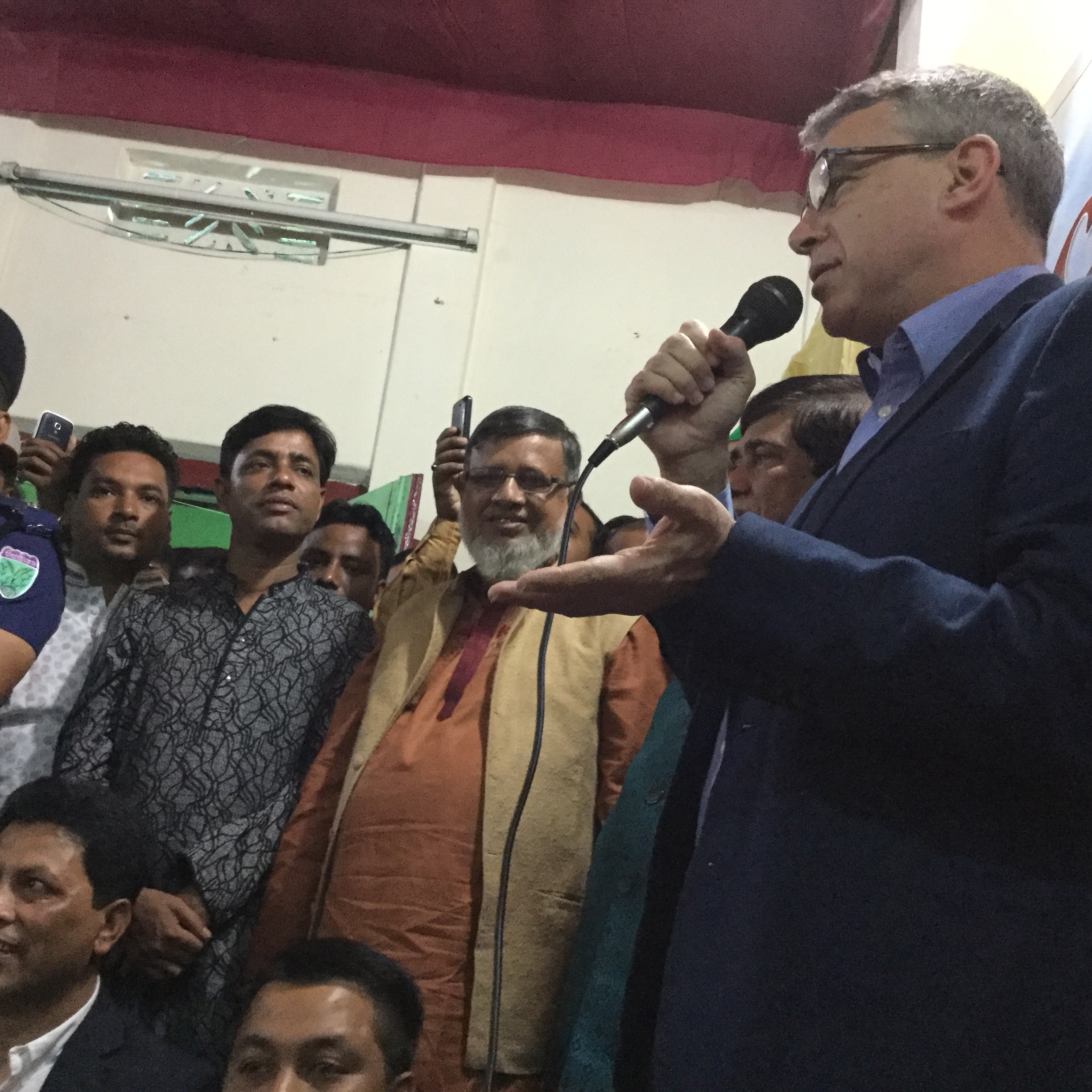 Commenting on the trip, Jeff said:

“The government and people of Bangladesh have made a huge effort to help the huge numbers of Rohingya Muslims fleeing violence, but they can’t cope alone with the massive humanitarian crisis – this is an international problem.

The schools we travelled to in Sylhet are doing a great job of overcoming the economic and cultural barriers to education in Bangladesh, and we also saw one of the garment factories which are a big part of the growing economy.

The challenge ahead is how to balance a rapidly growing economy with a fair distribution of wealth amongst all Bangladeshi people.

This trip was an opportunity to get a genuine insight into the challenges and opportunities that face Bangladesh, and into the background of many of the Bangladeshi diaspora in Manchester and the UK.”