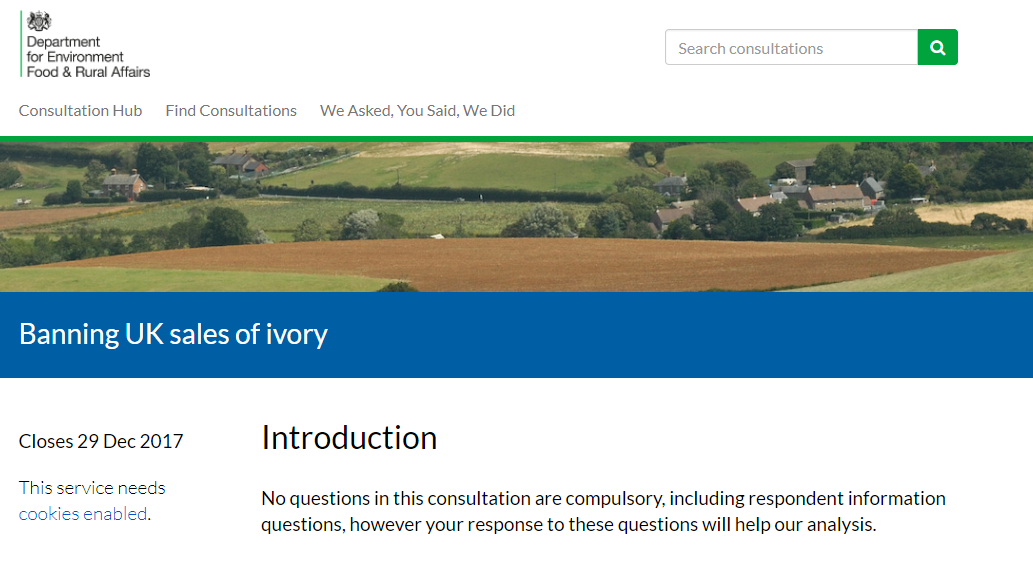 Manchester Withington MP Jeff Smith has pressed the Government to push ahead with the ban on the sale of elephant ivory in the UK.

Taking part in the Department for Environment, Food, and Rural Affairs consultation on the impact of the proposed ban, Jeff called on the Government to implement a total ban as quickly as possible, citing evidence that past bans on the sale of ivory have stabilised the number of elephants.

The UK Government is proposing a ban on UK sales of ivory and seeking evidence on the scope and likely impact of the proposals across different sectors.

“It’s vital that the Government implements a wide-ranging ban as quickly as possible following the conclusion of the consultation.

There is clear evidence that a ban on ivory sales can halt the alarming fall in elephant numbers that we’ve seen in recent years.

Instituting a ban would send a clear message from the UK Government that it recognises the moral and environmental case for stabilising elephant numbers.”

Jeff has also raised the issue in parliament, pressing the Secretary of State for the Department for Environment, Food and Rural Affairs to outline an implementation strategy. You can read Jeff’s contribution here.

You can submit evidence to the consultation by clicking here, the closing date is 29 December.