Chorlton to re-launch as a ‘Fairtrade zone’ this Saturday 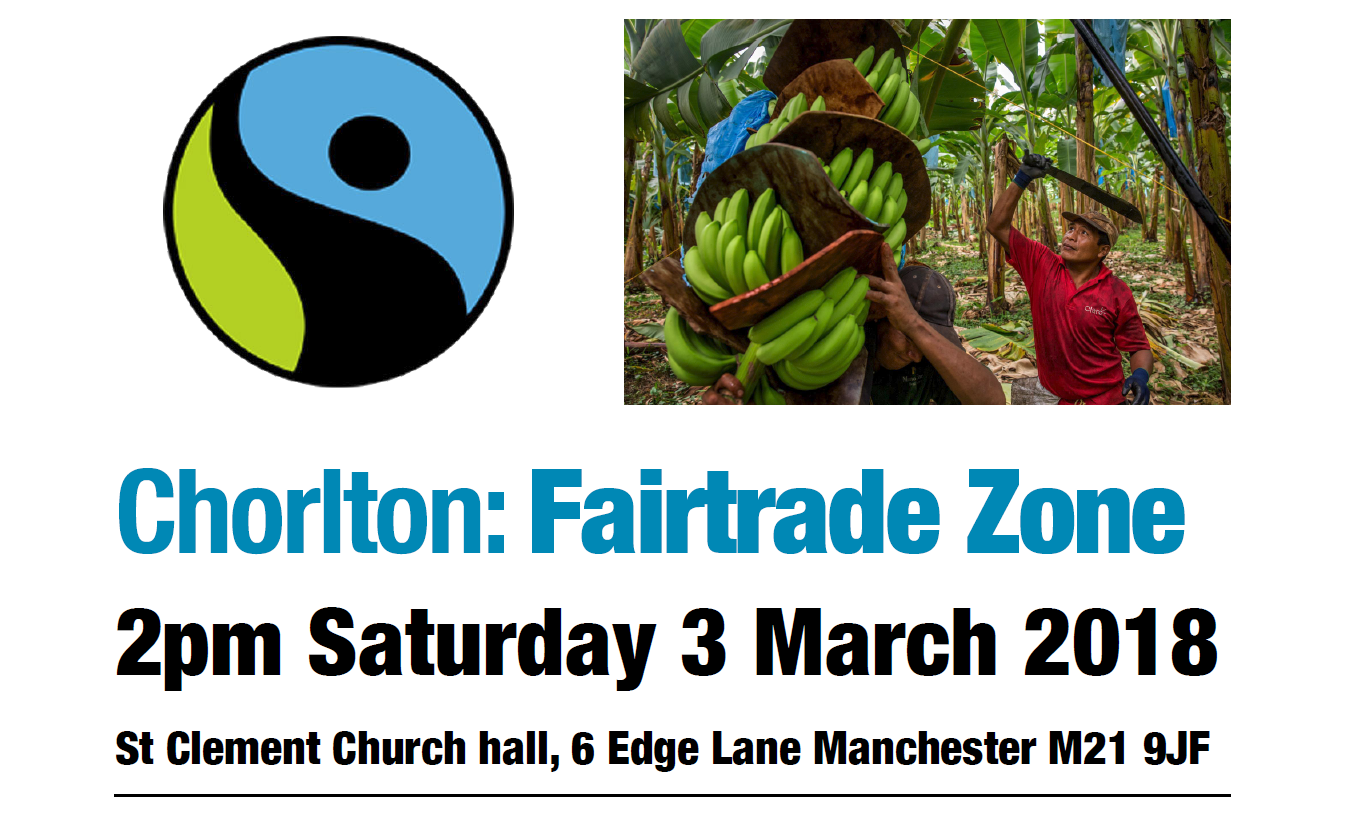 This Saturday, Fairtrade community groups, traders, and a member of a Panamanian cooperative will come together to celebrate Chorlton becoming a ‘Fairtrade Zone’.

Marcial Quintero is a founding member of COOBANA, a banana growing co-operative set up in 1991 by a group of banana famers and workers. He will discuss how COOBANA was founded, how they avoided exploitation from large banana companies, and how the cooperative allows local people to control the profits they receive.

“The Chorlton community has a strong history of supporting the values of the Fairtrade movement, first gaining recognition as a ‘Fairtrade Zone’ in 2005.

It’s great to see that, thanks to the efforts of the Chorlton Fairtrade Steering Group and lots of others, the Fairtrade Foundation has given Chorlton that status once again.

To mark this achievement, it will be fascinating to hear from Marcial Quintero about the real difference the Fairtrade movement can make to cooperatives as far away as Panama.”

The event will take place from 2pm on Saturday 10 March at St Clement’s Church Hall.  All the details can be found by clicking here.