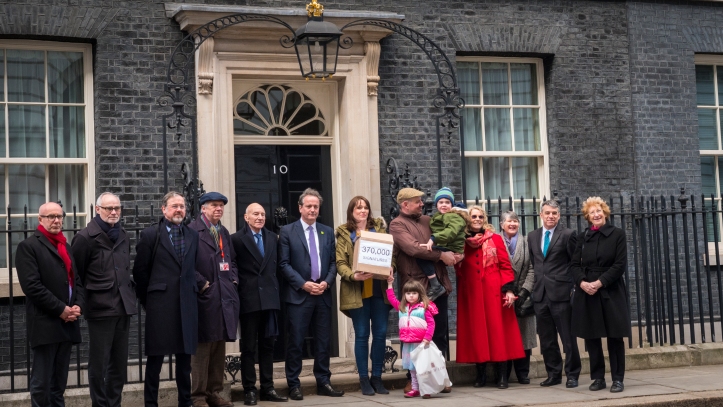 Today, Manchester Withington MP and co-Chair of the All-Party Parliamentary Group for Drug Policy Reform Jeff Smith will join Alfie Dingley and his family to hand in a petition with almost 400,000 signatures to Downing Street.

Six year old Alfie Dingley has a rare form of childhood epilepsy (PCDH19), which triggers multiple serious seizures. He was having at least 150 seizures a month and was in hospital about 48 times in the year beginning September 2016.

Since September 2017, when Alfie went to the Netherlands to receive oils derived from whole plant cannabis prescribed by a paediatric neurologist, Alfie’s seizures have reduced dramatically in number, duration and severity.

Alfie returned to England on Monday 12 February, but Alfie’s parents are prevented from bringing one of the medicines he needs into the UK because Cannabis is in Schedule 1 – for controlled drugs with no medicinal value.

On treatment available to him in the UK, he suffers clusters of 20-30 life-threatening seizures per day lasting up to 5 days. Alfie often stops breathing and he requires emergency intravenous treatment which doctors say will later cause psychosis, major organ damage, and eventually a premature death.

“Granting Alfie a licence is a common sense decision the Home Secretary could make today to change this boy’s life forever.

Over the last month, the country has been moved by the distress felt by Alife and his family. The Home Secretary must grant him the license he needs”

“I don’t want to break the law by going to Holland and bringing his medical cannabis into the UK illegally. And why should I have to do that?”