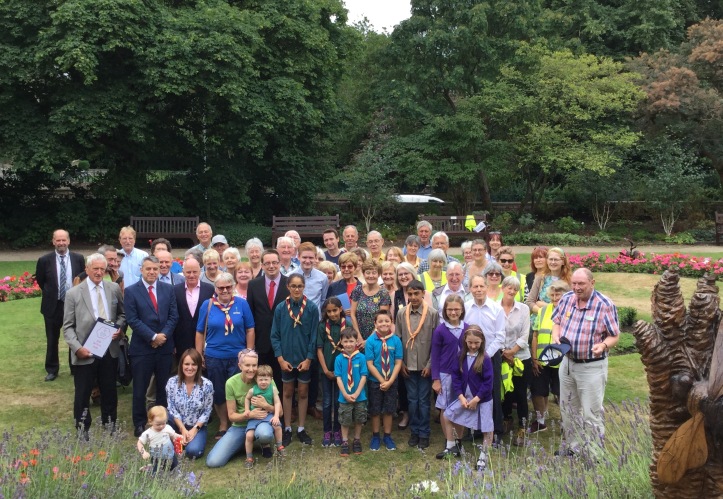 Last year Didsbury village was a gold medal winner in the RHS Britain in Bloom national finals and was proclaimed the best urban community in the UK. This year, Didsbury is competing for the ‘Champion of Champions’ title, alongside just 5 other entries.

Commenting at the judging, Jeff said:

“It’s great to see Didsbury village looking so vibrant today, especially after a period of extraordinarily hot and dry weather.

Congratulations to all the tireless volunteers who work all year round to make Didsbury a beautiful place to live. I’m hoping that the judges make the right decision later this month!”