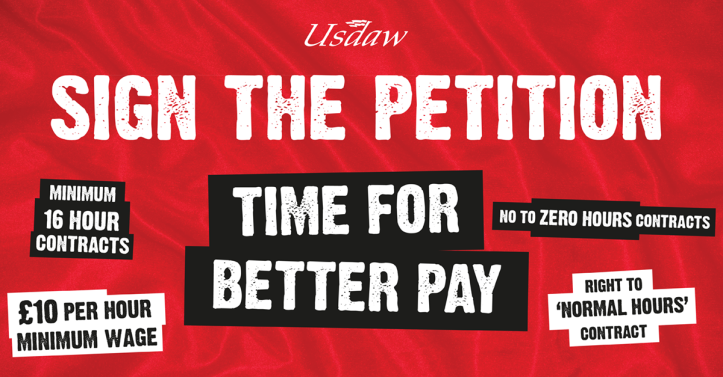 Manchester Withington MP Jeff Smith is supporting the ‘Time for Better Pay’ campaign by Usdaw, based on a survey of over 10, 500 working people and their experiences of low pay and insecure work. The campaign aims to tackle the causes of in-work poverty and guarantee that everyone in work can afford a basic standard of living.

Speaking about the campaign, Jeff said:

“Usdaw’s survey of working people demonstrates that stronger employment rights are urgently needed. Many have seen no improvement in their financial situation over the last five years, and in-work poverty is continuing to rise.

That is why I am supporting this campaign and calling on the Government to take action to ensure that workers are given better pay and have the security of proper contracts and guaranteed hours.”

“Going to work should provide a decent standard of living. That’s why Usdaw is calling on the Government to tackle low pay and insecure work through our ‘Time for better pay’ campaign. We need real and urgent improvements to workers’ rights that delivers an economy which works in favour of all working people.”