80th anniversary of the Battle of Cable Street 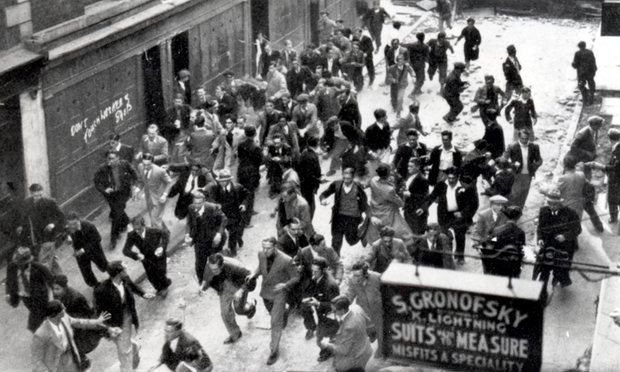 On October 4th 1936, the Jewish community of East London, alongside other anti-fascist campaigners,  took to the streets of the East End to stop Oswald Mosely and the British Union of Fascists (BUF) from marching through the heavily Jewish and immigrant area.

This year, the Jewish Leadership Council and others are marking the anniversary by holding an event in London with faith leaders, Mayor of London Sadiq Khan and prominent MPs and trade union officials.  The Jewish Leadership Council have also created classroom resources for teachers, and are working with youth movements to ensure the memory of Cable Street continues.

Jeff said: ‘The Battle of Cable Street sits within a proud history of British Jews standing against all kinds of racism and fascism.

This anniversary serves as a reminder to us all to be unwavering in our opposition to racism, and that we should continue to celebrate the diversity that makes cities like Manchester such great places to live.

I hope these commemorations can help to preserve the memories of the events at Cable Street for future generations.’

You can find resources to mark the anniversary on the London Jewish Forum website here.